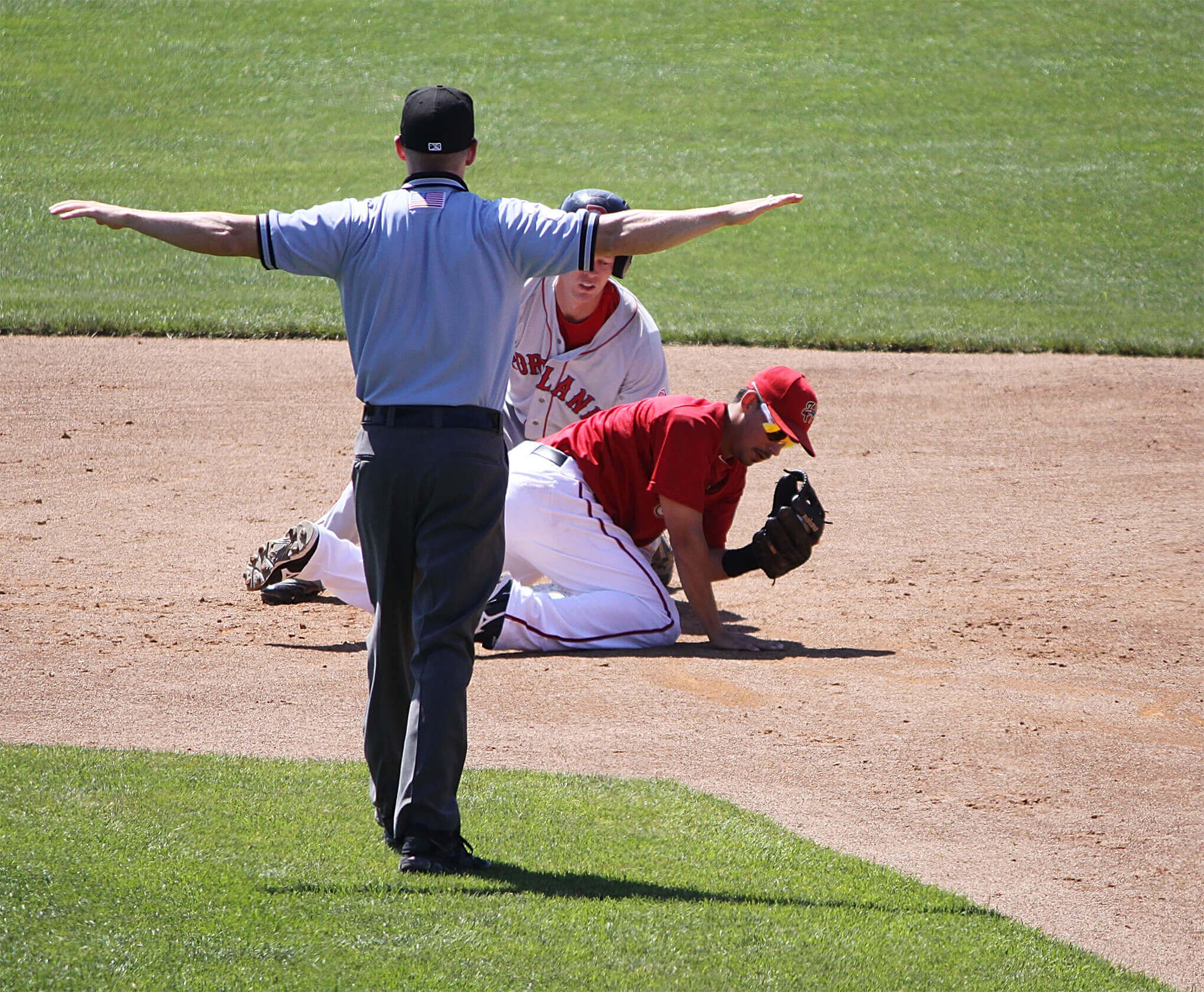 You’re nobody’s friend, you’re regularly booed, and you’re often blamed and scapegoated — talk about a thankless job!  In fact, the old saying is that the best officials are unseen, with the implication being that players — not officials making bad calls — should command the attention of fans.  Sports officials are an important part of sports, yet at the end of the day they are more often berated than thanked for the hard work they do to ensure fair play on the field.

When it comes to sports officiating you will likely never see applause and standing ovations for accurate calls, controlling player emotions, mitigating risks of player fighting, and keeping hostile crowds in check from potential melees — yet these are all common tasks expected of officials for which they receive little, if any, attention.  On the other hand, officials regularly hear it from the crowd for missing calls, and in some cases officials have to be escorted and protected after games for safety reasons.  If you canvass the web for stories about sports officials you will find countless examples of interactions of officials with out-of-control players/fans, coaches and players using intimidation tactics toward officials, and accounts of verbal assault and physical violence toward officials.  What’s sadly missed underneath all of this chaos are the many important qualities sports officials have to display (i.e. communication skills, displaying respect, modeling sportsmanship) in order to call a fair game.

Why every athlete & parent should say ‘thanks’

Since most people don’t think very long about the lifestyle and expectations we have for sports officials, it might be important to break down a few of the more important details that may prompt you to offer thanks to the next official you see:.

In most sports, it is customary at the conclusion of the game to shake hands and show appreciation and respect to the opponent.  Here again, however, officials are often forgotten and overlooked, and rarely complimented for their efforts.  Most sport officials I know don’t need much more than a quick positive nod after the game, as that one simple gesture might be the only one they receive the entire time they are out there working to ensure a fun and fair game.  Remember, officials are human and will occasionally miss calls, but when you see them working hard to perform the best that they can then it’s on us to reinforce their efforts.

It’s easy to forget or overlook the important role of a sports official, and it’s similarly easy to immediately point blame toward an official when it really isn’t fair to do so.  Instead, try and take pause to fully appreciate the efforts sport officials make to ensure fair games take place, as well as the resiliency they must regularly exercise when faced with emotionally-charged athletes, coaches, and fans.