The Sports Doc Chalk Talk
Subscribe
Home / Blog / 76ers First of “Big 4” American Sports to Take Plunge with Uniform Ads, But is this a Good Thing?

76ers First of “Big 4” American Sports to Take Plunge with Uniform Ads, But is this a Good Thing? 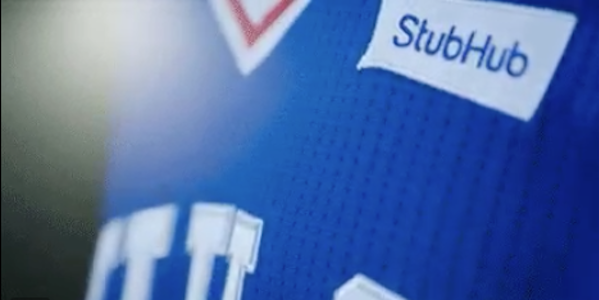 This week the Philadelphia 76ers became the first sport of the American “Big 4” (football, baseball, basketball, and hockey) to reveal a mock-up of what their uniforms will look like in 2017 with their new StubHub ad affixed to the shoulder.  For me, it was like fingernails scraping across a chalkboard.

Granted, many other international sports have been using ads on uniforms for years, and even here in the United States MLS soccer and NASCAR are littered with uniform logos and ads.  Still, it’s a sad day in sports when one of the Big 4 goes for the fast, stark cash-grab and compromises the beauty of their uniforms (interestingly, just yesterday former MLB commissioner Bud Selig said he would have never gone for it in baseball when he was the head honcho).

Did we really need to come to this?  Aren’t there countless other things the NBA could have sold for profit before offering up player uniforms?  Even ads on the officials would have been a better move!

Making things worse was the out-of-touch comment made by 76ers CEO Scott O’Neil when discussing the availability of these new “ad-uniforms” to the general public:

“We have a very strong opinion that little Scottie, [a hypothetical consumer] who is 9 years old, will want to wear what the players are wearing on the court,” O’Neil said.

What??  When I was a kid and went to pro games on promotion days I actually remember the frustration my friends and I had receiving our hats, batting helmets, pennants, and other cool stuff that was awesome in every sense except for being littered with a crummy sponsor ad that almost always landed on prime real estate of the freebie!  In fact, I can’t remember a single time where any of us thought the promo item was cooler with an ad on it — but we regularly cringed putting on a cap with a big Coca-Cola or McDonalds logo on it!

The NBA has assured us that this is a 3-year pilot run, and that it is possible after that time the league will revert back to being an ad-free league with respect to uniform logos.  Personally, I can’t imagine the league putting the genie back in the bottle after raking in millions of extra dollars for renting out a relatively small space on player uniforms, but I really hope I’m wrong.

“We are about being first, being different, being innovative and getting to market at quickly as we can,” 76ers CEO Scott O’Neil said.

Hey Scott, why the race to be first here?  Adding sponsors to jerseys won’t make the on-court product any better, and the fan experience won’t be enhanced, either.  And as far as being “innovative,” I’m not sure I see how slapping ads on to uniforms is more innovative than it is destructive in the eyes of many sport purists.