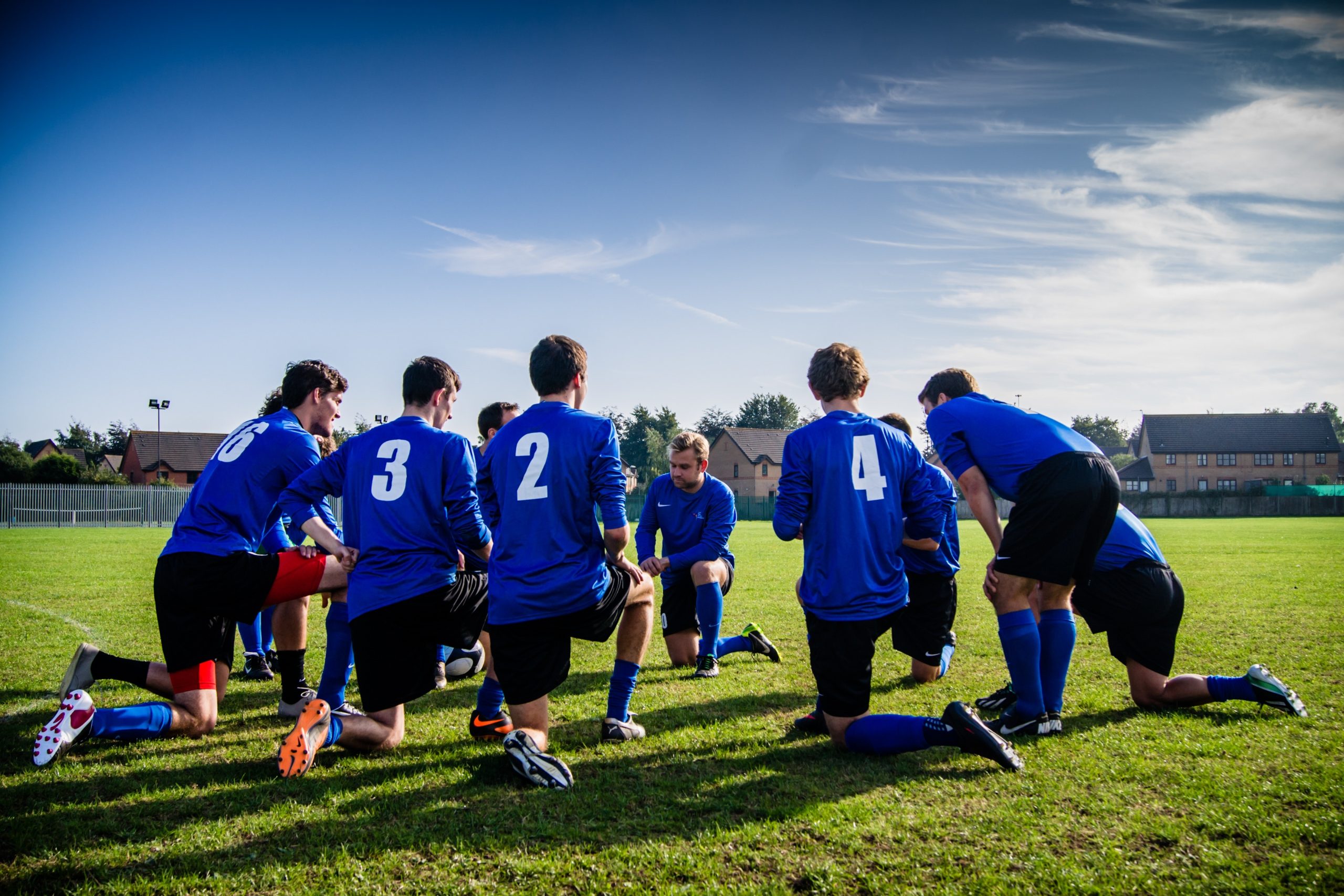 Most student athletes, if they play sports long enough, begin to incorporate the role of “athlete” into their personal identity (just ask an athlete about the importance of his or her team number).  Put another way, when student athletes think about and describe who they are to others they will often proudly refer to their athletic identity (i.e. “I am a junior at XYZ school, and I am the starting point guard on the basketball team.”).  An athletic identity is defined as the degree to which an individual identifies with the athlete role within the framework of a multidimensional self-concept.  Developing an athletic identity can be positive in some ways (i.e. may lead to greater motivation and commitment to the team), but can also hinder or limit other life growth and opportunities and stunt holistic identity formation (particularly as the individual thinks of him or herself as only an “athlete” after retiring from sports when developing a more broad-based identity is needed).  Today, student athletes have even more complexities relating to athletic identity that can lead to personal growth complications, sport retirement challenges, and mental health issues.

Student athletes who predominantly see themselves as “athletes” when examining their personal identity often enjoy many of the benefits from such an identity, including athletic recognition and popularity.  When the athletic identity is balanced with other aspects on a personal identity, including student, family member, and participant involved with other clubs and activities, a holistic identity forms.  Unfortunately, when the athletic identity becomes the dominant identity — and in some cases an exclusive identity — research studies have shown an inverse relationship with the following:

When athletes identify themselves as only an athlete it is what we call a self-identity, but that is only part of what contributes to an exclusive athletic identity.  The social identity, or how others see the athlete, is where the world also see him or her as only “athlete,” further complicating matters.  When sports end (sport retirement), many athletes struggle because their entire identity and self-worth have been tied exclusively to sports — a career path that no longer exists after retirement.

Setting athletic identity aside for a moment, it is also important to examine contemporary trends and issues that impact athletes.  When we examine name, image, likeness (NIL) and the impact these changes have had on amateur sports we can quickly see that athletes today, from the preps to the pros, now have more opportunity to fiscally profit from their athletic identity.  So while developing an exclusive athletic identity can be problematic, more young athletes today are developing into their own artificial sport-avatars, and incentivized to do so, as “amateur” sports morphs into a more professional model.  Countless student athletes these days dress up their social media pages with pictures and highlights of their recent games, further crystalizing their athletic identity — and with every “like” and positive comment the athletic identity strengthens.  This is great, at least temporarily, for student athletes who can cash in on their likeness, but what about the vast majority of student athletes who may be left even more vulnerable than ever before because of the creation of an identity that will end for 98% of high school athletes after high school?  What do we do for these young people as they retire from sports and are no longer an “athlete,” yet still promote themselves through their identity as still being an athlete?  Clinically speaking, these individuals become at-risk for being unprepared to retiree from sports, and more vulnerable for depression, anxiety, and substance issues trying to re-define themselves.

Developing an athletic identity as part of an overall personal identity is not a bad thing, and is often healthy as it applies to motivation and team commitment.  The problem, however, is when student athletes over-identify as “athlete” to the point where other important aspects on the personality are thwarted, leaving student athletes vulnerable to various psychological issues when trying to successfully transition from sports once their sports career ends.  This issue may be becoming even more complex right now as social media glamour and NIL opportunities develop for more athletes, including amateur athletes, even though sport retirement will still occur for the vast majority of athletes before graduating from high school.  What this means is increasingly more kids will run a greater risk of only seeing themselves as “athlete,” even though the athletic role in their life will be just as short as it was for kids before social media glitz and glamour and potential NIL opportunities.