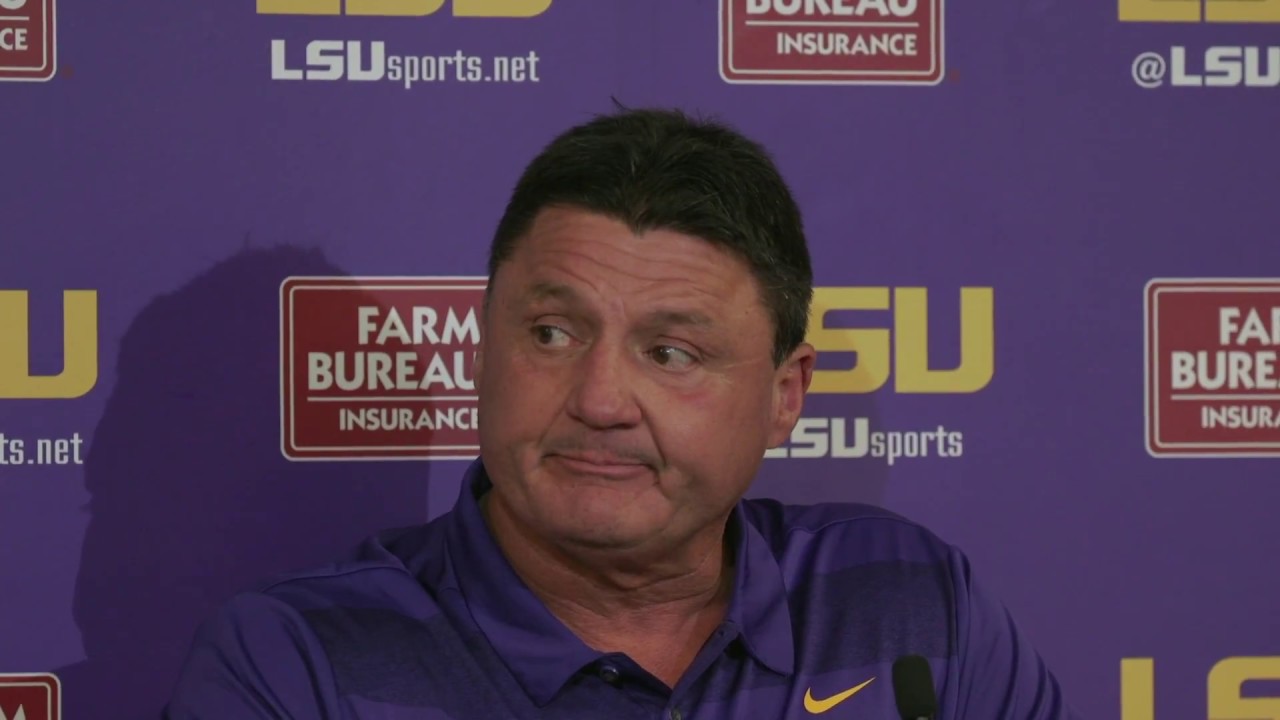 Following their loss to Alabama on Saturday, LSU head coach Ed Orgeron placed the blame not on game planning, execution, and coaching, but instead on the personnel of the team.  In other words, he threw his team under the bus.  When asked about the poor performance by LSU, Orgeron responded:

Why blaming your team is never a wise move

This move of displacing blame away from coaches onto players is something most coaches refrain from doing, and there’s an important reason why.  Sport teams are groups of individual players assembled around a specific goal and developed through trust.  Interestingly, the variable “trust” is one of the most important pieces to team building, and almost always plays a direct role in the success of a team.  Teams that have average talent but a high degree of trust often over-achieve, while otherwise talented teams with little trust often under-achieve.

Delving deeper, coaches who absorb the bulk of a team’s poor performance gain the trust and respect of their team — and similarly, coaches who wash their hands of responsibility after a loss and instead blame their team risk losing team trust.  When players feel as though the coach is only out for him- or herself and quick to accuse players of not doing their jobs, the result is a team without trust, and at-risk for division and chaos.  Simply put, if you want to see the morale of a team quickly disintegrate, all you have to do is publicly blame and shame the players.

Once a coach loses a team (the risk that Ed Orgeron now faces), it becomes an incredibly difficult task to win the team back.  When players lose respect for the coach for not protecting them after a loss, player focus, motivation, and resiliency decrease — and the chances for future failure increase.  It is for these reasons that experienced coaches almost always put themselves out to blame before individual players, and why less experienced coaches do the opposite.

So what should a coach do to ensure he or she keeps the trust of their team?  Being honest, sincere, and genuine are attributes that will take a coach far, and will lead to greater team trust and increased chances for future success.  A couple additional ideas coaches to consider include:

LSU coach Ed Orgeron may quickly regret avoiding responsibility and instead blaming his team, but his actions can serve as a teachable moment for coaches looking to improve their own coaching and gain an edge on the competition.  Coaches who “take a bullet” for their team create a team culture where players know the coach will always have their back, and in return players compete their hardest for the coach.  If you’re looking to maximize the talent on your team, and lead a team that consistently over-achieves, then it makes sense to refrain from publicly putting blame on your players.