Bob Knight, Still Lowering the Bar for Coach Behavior – Even in Retirement 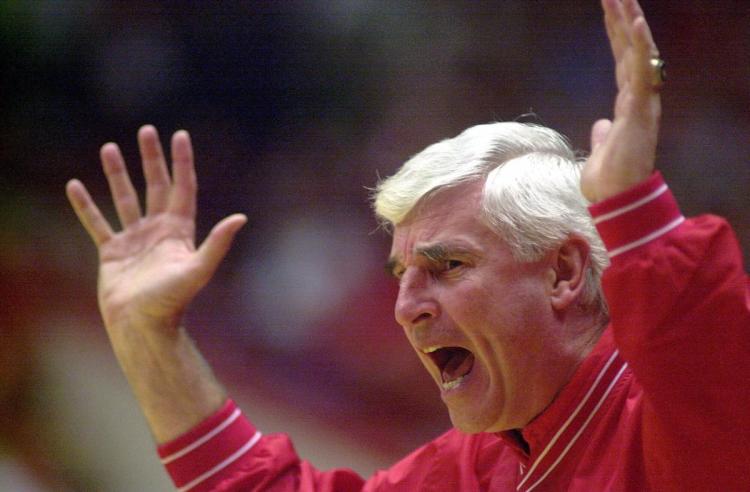 This week former college coach Bob Knight ripped his former employer (Indiana University), even expressing that he hopes his former bosses are “all dead.”  This is just the latest from Knight, a coach known as much for his controversial behaviors as he has been for his success on the court.

Bob Knight is a case study to examine when evaluating the degree of tolerance an institution will allow as it relates to success on the court.  In Knight’s case, it’s highly unlikely Indiana University would have tolerated some of his questionable behaviors, including throwing chairs, choking players, and acting out belligerently toward the media if his teams weren’t successful.  Knight’s actions were not only accepted, but former players, and even would-be parents of future players, regularly lauded his style of coaching.  Would these supporters have felt this way if Knight were a losing coach?

Knight’s style is still the model for some coaches today, with their level of success seemingly the main reason why they are still employed.  The general rule in the past has been the more you win, the more latitude you are given.  Is this paradigm the same today, or has it changed — for better or for worse?

Should we expect more, even from winning coaches?

Every institution I know, from pro to the preps, claim that sportsmanship is a primary goal when it comes to running gtheir sports programs.  Included under the umbrella of sportsmanship is player and coach conduct and behavior, leaving the question of the degree of tolerance that should be given — regardless of wins and losses.  Will old-school approaches that included bullying, intimidation, and even physical harm continue with winning coaches, or will institutions demand a higher standard and in doing so impress upon coaches the reality that when it comes to winning and good behavior both can happen together.

Many great things happen when institutions use integrity as a starting point while calibrating the moral compass, including a stronger culture, emphasis on clean play, and respect toward the competition that leads to healthier rivalries and competition.  Coaches can still yell and scream, the only difference is paying closer attention to behaviors that clearly go beyond what reasonable people find responsible.  Using Knight as an example, while his intensity and basketball knowledge might have been positive traits, grabbing a player by the neck would never be something coaches should do.

Holding the bar high for behavior isn’t limiting personal expression and ways of coaching so much as it is a reset so that we can revisit the fact that coaches can be successful and set good examples for others.  We shouldn’t try to massage otherwise intolerable actions into our range of acceptance simply because a coach wins, similar to how we shouldn’t look the other way when we know an athlete is engaging in risky (illegal?) behaviors to improve athletic performance.  Developing reasonable standards and expectations, devoid of athletic success, seems like it should be the goal for everyone, no?

Perhaps the saddest thing about Knight’s comments this week might be his seemingly inability to assume responsibility for the things he did to cause strife between himself and IU.   When listening to Knight speak, it’s easy to get the impression that he has no problem at all with the way he coached, and that the bottom line is that he was a winner — the trump card to defend any criticisms directed at him.

Because of this self-portrayal, Knight comes across as a bully to many, prioritizing his way of doing things even if it had a negative effect on his employer, the young men he coached, and fans and boosters of the program.  Indiana tolerated Knight for many years, arguably because he continued to win, but now years later he still doesn’t appear to understand the weight his negative actions had on others from the standpoint of image and leadership.  Knight no doubt had his supporters, but it’s important to acknowledge that many others didn’t appreciate the means used for his success, or the embarrassment he caused over his years of coaching.

Hopefully as we move toward the future with better coaching information, education, and training available, fewer coaches will lead using the antiquated methods of Bob Knight, and more coaches will aspire to do what he never seemed to want to do: Win on the court and maintain a positive role model image at all times.  The reality is you don’t have to be a bully to win, nor do coaches who excel in role modeling seem to face any more risk or vulnerabilities to losing as a result of their commitment to being a positive leader.