Breaking Down Pressure from a Former Cy Young Winner 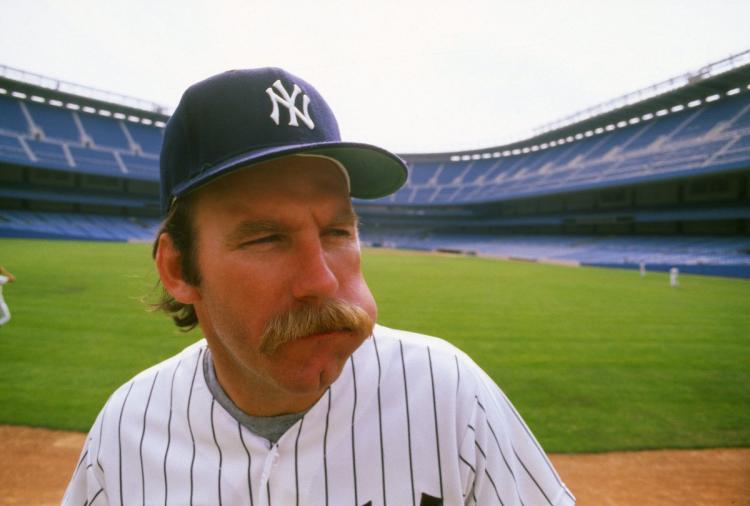 I recently re-read The Bronx Zoo, a classic book written by former Cy Young pitcher Sparky Lyle that documents the New York Yankees 1978 World Series championship season.  While Lyle talks primarily about team dynamics and the various personalities on the team, he occasionally discusses the mental aspects of baseball and offers some incredible words of wisdom that are as true today as they were in 1978.

“Pressure doesn’t exist.  Pressure is something that a player creates for himself.  It comes from within.  When I pitch, I never feel it.  I pitch my way, and I say, hell, this is the way its going to be, and nothing’s going to change that…the upcoming game is something that hasn’t happened yet, and it may turn out to be a positive experience and something to learn from.”

Lyle is spot-on with his analysis of pressure, and his straightforward approach to describing how to successfully deal with pressure can really help current athletes who struggle with anxiety and choking.  Breaking down some of his comments it becomes clear that it is up to each individual player to effectively frame and appraise upcoming games so that would-be pressure instead manifests into eager anticipation, confidence, and excitement:

“Pressure doesn’t exist.  Pressure is something that a player creates for himself.  It comes from within.”

Sport psychologists would offer that the idea of pressure is, in fact, something that develops exclusively based on perception, and that perception is a unique individual experience.  In other words, nobody makes you feel pressure, and two people can look at the same exact situation in two entirely different ways.  Pressure, therefore, does come from within as Lyle suggests.

“I pitch my way, and I say, hell, this is the way its going to be, and nothing’s going to change that.”

Perhaps the best way to mitigate stress is to take control of situations, and to stay within yourself by focusing on things you control and that are relevant, while ignoring things that you don’t control and are irrelevant.  By taking this kind of approach, you essentially build a wall of confidence around yourself, leaving no room for negative pressure to creep in to your mind.

“the upcoming game is something that hasn’t happened yet, and it may turn out to be a positive experience and something to learn from.”

Lyle makes another terrific point here — we often spend too much wasteful time thinking about all the negative possibilities regarding what might happen in the future, even though it hasn’t happened!  When I work with athletes we often discuss all the different things that could be going on in the life of the player(s) you are competing against, including injuries, illness, slumps, academic and/or family problems, etc.  The point is you never know what is going on with another person, and often some of the greatest upsets in sports were at least in part due to the competition not being completely healthy and/or ready to go.

Just think how much greater a player you could be if you ascribed to Sparky Lyle’s philosophy on how to successfully deal with pressure.  Rather than succumbing to nerves, confident players control their arousal and simply go out and do their job.  Lyle’s advice isn’t just for baseball players, it’s advice that’s good for any athlete looking to maximize their human potential.