Can Adult Aggression at Youth Sports Games be Prevented? 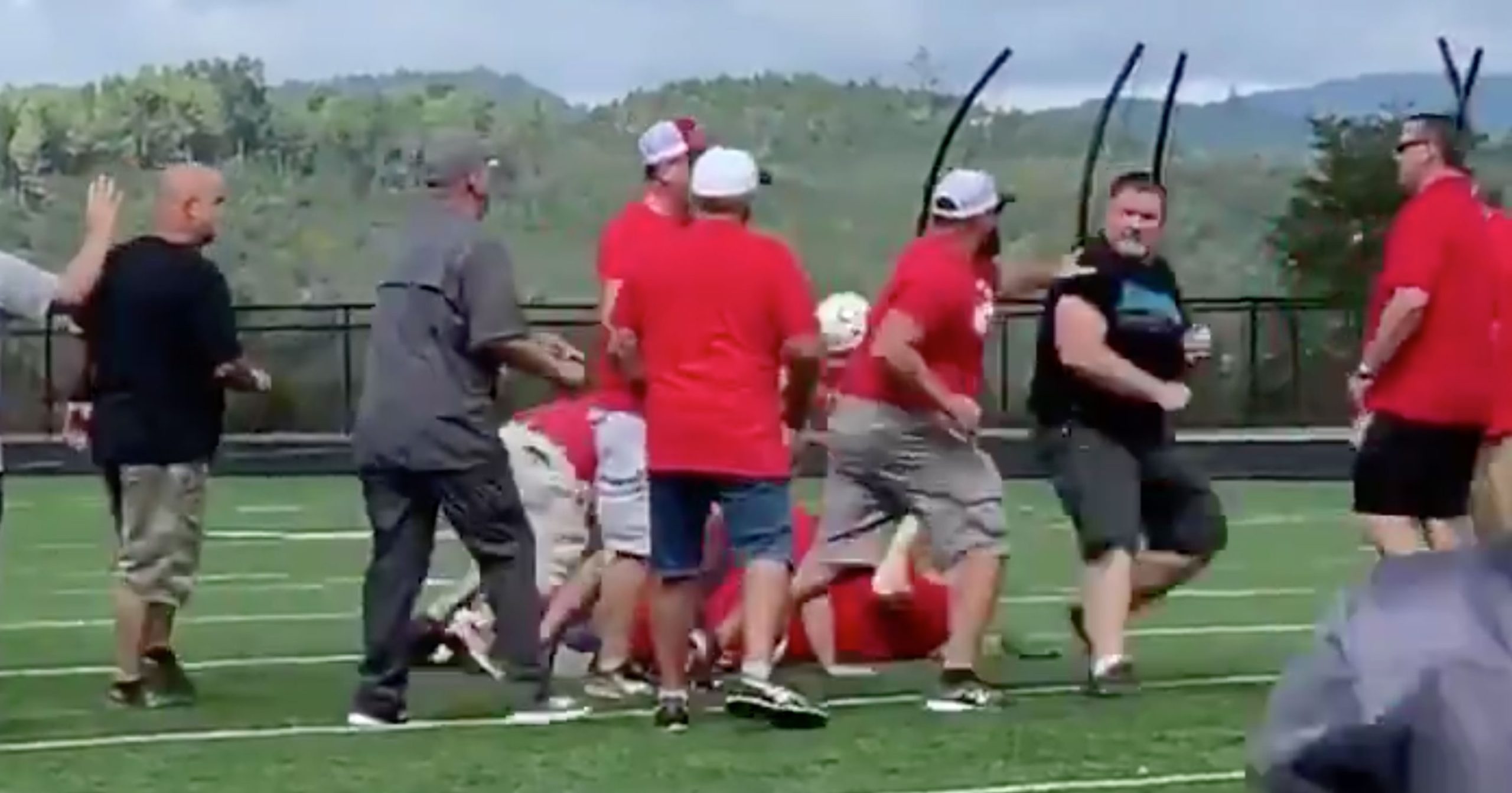 Sadly, it hardly seems like news these days when we hear about parents and/or coaches engaging in verbal assaults, physical confrontations, and even group melees.  The latest incident to make national news occurred Saturday evening involving coaches and parents of pee wee football teams at a field in Wise County, Virginia.  As the video shows, a brawl between coaches took place as, ironically, teams were lined up after the game to shake hands.  Now that incidents like this happen more regularly and have become “normalized” to many people, we have to ask can adult aggression at youth sports games be prevented?  Is there a method where we can select responsible people to coach and attend youth games?  Can we more effectively train coaches so that these kinds of scenes never occur?  And can we create safer sport venues and experiences for kids so that they don’t have to witness the ugly side of youth sports?

Why violence occurs in youth sports

So why do adults involved in youth sports engage in taunts, threats, and sometimes physical aggression?  There once was a time where there was an unwritten rule that games were decided on the field, and that maintaining sportsmanship was important so that kids could learn how to play fair.  And perhaps most important, regardless of the outcome both teams always shake hands after the game.  Back then, coaches were given latitude when it came to their coaching decisions, even if parents didn’t always agree.  Parents were also more compliant to general fan expectations, and physical fistfights between parents were unheard of.  So why have things changed so much, and why is it becoming so common to witness coaches being threatened by unhappy parents, and ugly fan riots that lead often lead to dangerous, and even deadly, consequences?

When I think about why we see so much violence in youth sports today, several inter-related theories warrant examination:

Schools and leagues respond — but is it enough?

Even critics generally agree that youth sport leagues and schools have made many admirable efforts to prevent unsportsmanlike behaviors, including violence, from occurring.  Still, events like what just happened in Virginia are still happening at an alarming rate.  When looking at prevention, the questions then turn to quantity of sport training (i.e. how many professional development training sessions should adults and sport parents be required to attend?), and the quality of those training sessions (i.e. who should serve as instructors, and what should the content look like?).  On the back end, schools and leagues nationwide have enforced stricter protocols in response to adults who engage in violence at youth sports (i.e. thrown out of games, banned from future coaching), but by then the damage has been done.

You would think adults would keep things in check at youth sports, if for no other reason than the terrible embarrassment it causes for their kids watching.  Unfortunately, too many tragedies have occurred in recent years for us to solely hold onto that hope and expect parents to better police themselves so their kids won’t be humiliated.  Obviously we shouldn’t throw in the towel and give up on maintaining sportsmanship in youth sports, but it might be time to accept that there may be violence witnessed at your kid’s games, and instead turn attention toward how will you respond and process those events should they occur?