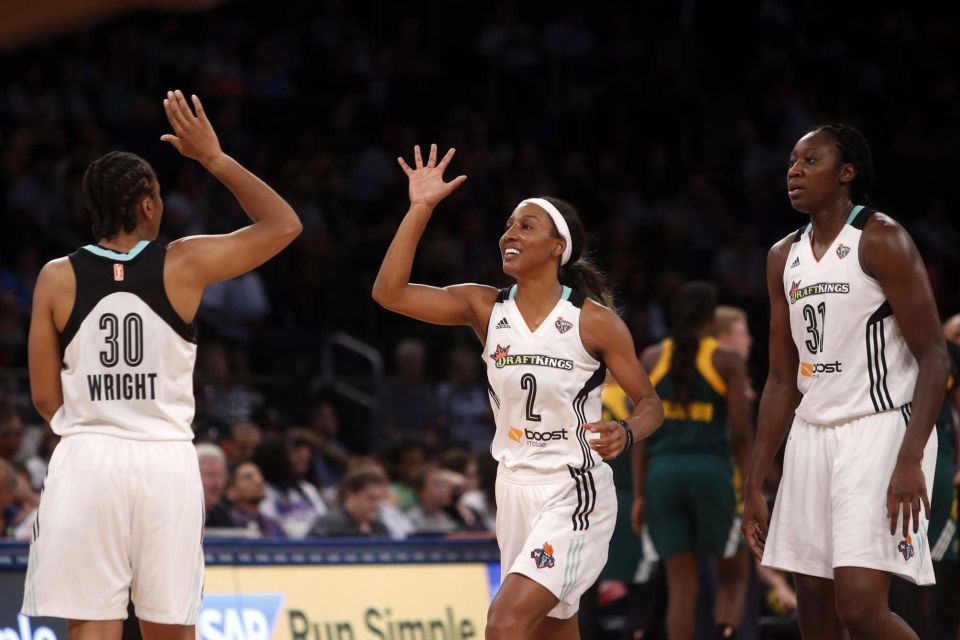 Should sexuality enter into sports?  This week it did, but in a way that may surprise you, as former WNBA player Candice Wiggins reported that she was bullied for being straight in a league that she asserts is 98% gay.  To date, discussions around sexuality have focused almost exclusively on gay players coming out (and the related complications), not straight players being harassed by gay players.  Will Wiggins’ concerns lead to other straight athletes reporting their own difficulties dealing with gay athletes?  And is there an even bigger discussion regarding whether sexuality has any place in sports (or society for that matter)?

When former college football player Michael Sam of Missouri came out, it served as a watershed moment for gay athletes who had previously been harassed (or living closeted lives for fear of being harassed).  For the most part football players (as well as the general public) were quite supportive of Sam, with only a few isolated reports of athletes expressing problems with gay athletes coming out.  The assumption based on what happened when Sam came out was that society was finally ready to accept that gay athletes comprise a percentage of sports, and that their sexuality shouldn’t have any bearing on their contributions to a team.

The Candice Wiggins report of being bullied for being straight has re-opened this discussion, however.  It’s doubtful many people ever thought about the challenges straight athletes might face in predominantly gay sport environments (as the WNBA is purported to be based on Wiggins’ assertions), and now the focus turns toward negative attitudes and reactions some straight athletes might face in the future.  Have we as a society really changed our attitude when it comes to sexuality?  While society should be applauded for accepting Michael Sam and other gay athletes, many of those advances might be mitigated if reports continue to surface pertaining to straight athletes facing similar bullying gays previously experienced.

The breakdown of gay-straight athletes in any given locker room will likely never be known, as many athletes keep their personal lives separate from their sports life.  Regardless of these percentages, no person should be bullied or harassed simply because of who they love.  Ultimately, locker rooms should be a place of team unity built on trust, honesty, respect, and tolerance for differing views.  Assuming Candice Wiggins is reporting truthfully about being harassed for being straight, her concerns are no less valid or important than a gay athlete reporting the same issues relating to harassment and bullying.

There are enough potential problems within a team relating to differing personalities, playing time, and other interpersonal issues among teammates.  Adding division between players who are straight or gay — and then acting out negatively on those differences — seems like a move that is not only hurtful to individuals, but won’t help with team success, either.  Remember, displaying respect and tolerance does not mean you have to like the decisions and lifestyles of others, similar to how others don’t have to like our personal decisions, but we should all strive toward common ground and mutual acceptance.

How individuals think about sexuality and the ways in which others should lead their lives is as unique as there are people in the world.  Gay people, just the same as straight people, shouldn’t be harassed or bullied simply because of their romantic relationships, regardless of whether this occurs in society at-large or a sports team locker room.  Lets not lose sight or perspective of the advances that gay athletes like Michael Sam have made in recent years by allowing others to be insensitive toward straight athletes who might find themselves in locker rooms (or sports) that are predominantly gay.  From the view here it shouldn’t matter what an athlete’s sexual preference is, nor should athletes be treated differently whether they are straight or gay.