Cavs – Warriors: Who Handled the Pressure Better, Lue or Kerr? 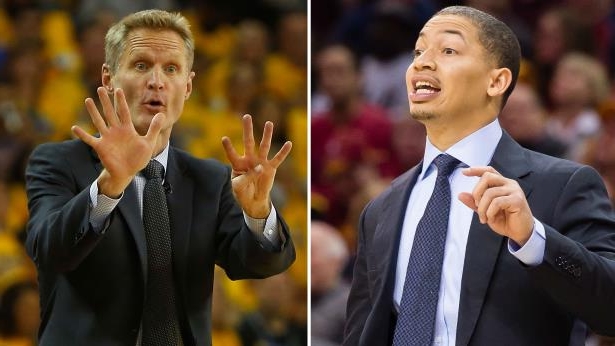 The Cavs – Warriors NBA championship was one for the ages, culminating in an epic game 7 that saw the Cavs pull away at the end and become the 2016 NBA champions.  Prior to game 7, however, there was a lot of conversation around how each of the coaches (Tyronn Lue and Steve Kerr) were dealing with the pressure of the final game, and each gave very different responses relating to mental toughness.  Lue talked about not feeling any pressure at all, while Kerr told his players directly that they should be experiencing pressure, and that it wouldn’t be normal if they didn’t.  As you might imagine, I have received a number of questions around this difference in coaching philosophies, particularly with respect to which coach took the better, more “mentally tough” sport psychology approach to game 7?

Interestingly, I don’t think in hindsight Lue was right to not feel pressure (now that the Cavs won), nor do I think Kerr was wrong (or mentally weak) to acknowledge that yes, it is quite normal to feel the nerves of game 7.  Breaking it down further it might be best understood by looking at it this way:

Tyronn Lue: Taking him at his word that he felt no pressure (or very little), it isn’t a terrible thing that pressure was not the over-riding theme heading in to the final game.   It seems as though Lue had already experienced his fill of pressure to that point in the season, and that his approach was to keep his team focused on the task at-hand rather than directly coaching nerves and anxiety.  Now, was there an “elephant in the room” for the Cavs with respect to nerves in the days leading up to game 7?  Only the Cavs know that, but running distraction can be a positive, healthy thing for a coach to do when trying to counter team anxiety — and this approach might have been the difference in game 7.

Steve Kerr:  Rather than stating he didn’t feel any pressure, Kerr took the opposite approach and candidly admitted that nerves are normal, especially heading into the final game of the series.  While some may argue Kerr showed too much respect (and even vulnerability) by making his thoughts known, others would argue that acknowledging the nerves actually helped offset any looming anxiety.  In Kerr’s defense, by normalizing the anxiety he allowed his team to get on the same page, understand that nervous energy is not uncharacteristic before big games, and then quickly redirect their thoughts and energies toward the game-plan needed to come out victorious in game 7.

Had the Warriors won game 7 many would fans would likely say that Lue’s approach of ignoring nerves was wrong, and that Kerr was the smarter coach by acknowledging the anxieties experienced before big games.  But that’s not what happened, and it could be misleading and prompt some to think Kerr may have caused a bigger problem by showing an element of fear compared to Lue, but in my opinion I don’t think that’s the case.  In the end each coach appeared to be honest with how they were looking at game 7, and both were committed to preparing their teams the best that each could.  The result was a series for the ages, and one that appeared to be decided more on talent and game-plans than as a result of one team’s nerves being significantly more noticeable than the others.