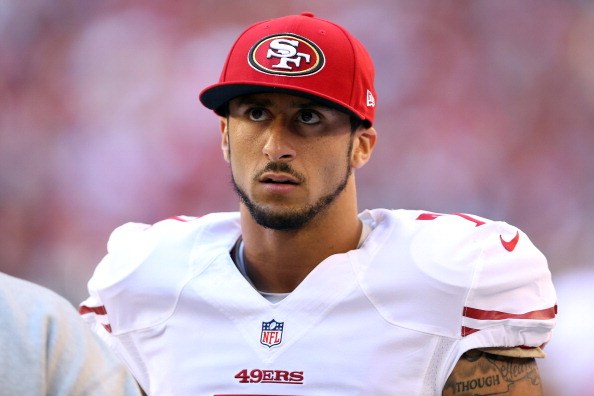 The ongoing Colin Kaepernick story has become a great sport sociology case study for a number of important reasons.  While Kaepernick is not the first elite athlete to speak out about societal injustices, he might be the first to face consequences that include seeing his football career end prematurely because of his actions that some found offensive.  Why is Kaepernick still unsigned, while other seemingly less talented QB’s have NFL jobs?  If he is being discriminated against, it it because of the issue he protested, how he protested, or because of his race?

Prior to last year, Colin Kaepernick was viewed by fans as a talented quarterback and success story coming out of Nevada (not necessarily a hotbed for NFL talent).  Many fans quickly changed their views on Kaepernick when he decided to kneel for the National Anthem in an attempt to highlight social injustices, and in the weeks and months that followed many more pro, college, and youth-level athletes followed suit (although Kaepernick did not directly tell them to do so).  As the kneeling protests began to snowball, Kaepernick gained more attention — some good, and some not so good.  Supporters of the movement defend Kaepernick by saying that his flag-kneeling was needed so that people would attend to the seriousness of his concerns.  Conversely, critics argued that he disrespected the flag and country, and that his concerns could have been better raised through other efforts and measures.

Because of the various layers and angles into the Kaerpenick story, it has become a fascinating sport sociology case study that invites varying views and debates around patriotism, racism, politics, and capitalism.

Does Colin Kaepernick still have the talent to play in the NFL? Assuming he eventually signs with a team, he will be entering his 7th season and have played longer than most pro football players (the average length of an NFL career is 3.5 years).  While Kaepernick may not be a top-tier starting QB at this point in his career, he could probably still help some teams with what he does still have left in the tank.  Would an otherwise talented NFL QB be shut out because of how he has been perceived and the baggage some argue that he still carries?

If you look exclusively through the race prism trying to understand the Kaepernick story, it’s easy to draw a quick cause-effect relationship based on the fact that there are no black NFL owners, and Kaepernick’s kneeling protest was triggered by issues African Americans face in the United States today.  Could the league be freezing Kaepernick out because of his ethnicity and the issues he protested?  Would a white player who made a similar public flag-kneeling protest against human rights issues be treated the same?

One argument to offset the racism argument is capitalism, and how the NFL is a business that relies on fan interest and support.  The formula is quite simple when it comes to pro sports — if you’re good enough to play at a high level, you’ll likely help your team win, and if your team wins people buy tickets and merchandise.  In fact, the NFL is actually quite tolerant — to a fault many argue — when it comes to allowing players with tons of off-field issues and arrests to continue playing (Ray Rice, Lawrence Phillips, and Ray Lewis are quick examples).  If you enter the Kaepernick discussion from this angle, it’s pretty easy to counter the racism argument by pointing out just how many minority athletes before him were allowed to continue playing after committing some pretty bad stuff off the field.

Is flag-kneeling simply the worst crime of all?

While all of the factors I just mentioned probably do enter into the Kaerpernick case study to some degree, the one that fascinates me the most is the actual trigger point of the whole story — one man’s decision to kneel for the National Anthem.  In these times of great political divide in the United States, it seems like kneeling for the flag hit a nerve that most Americans collectively felt.  While Kaepernick had his devout followers, I think there were even more people who agreed with his concerns but didn’t agree at all with the method he used to draw attention to the cause.  In other words, a lot of Americans applauded Kaepernick for raising attention to an important issue, but didn’t appreciate him disrespecting the flag, as well as triggering an entire national movement to do the same (even if the movement occurred without him directly telling folks to follow, clearly he was the trigger).

This week New York Giants owner John Mara talked directly about Kaepernick and the feedback he received from Giants fans, and this occurred with Kaerpenick not even playing for the Giants.  From a capitalism standpoint, it appears that a number of Giants fans would have stopped supporting the team if a similar kneeling protest would take place in New York.  Assuming the next place Kaepernick signs, should an owner absorb negative feedback and potential loss of revenue if fans are that turned off by Kaepernick?  Even though the kneeling is over according to Kaerpenick, has the damage already been done?

It seems clear at this point that Kaepernick is paying a steep price regarding his job status that is linked to his protest last year.  Perhaps if Kaepernick had protested in another way the negative effect wouldn’t be what it is today, or if he were still a top-tier starting QB more teams might absorb a handful of upset fans in trade for more wins and more team revenue.  Often the actions we choose come with a risk/reward element, and this has certainly been the case with Colin Kaepernick and his decision to protest by kneeling for the flag.