Division I, II, or III: What’s Best for Your Student Athlete? 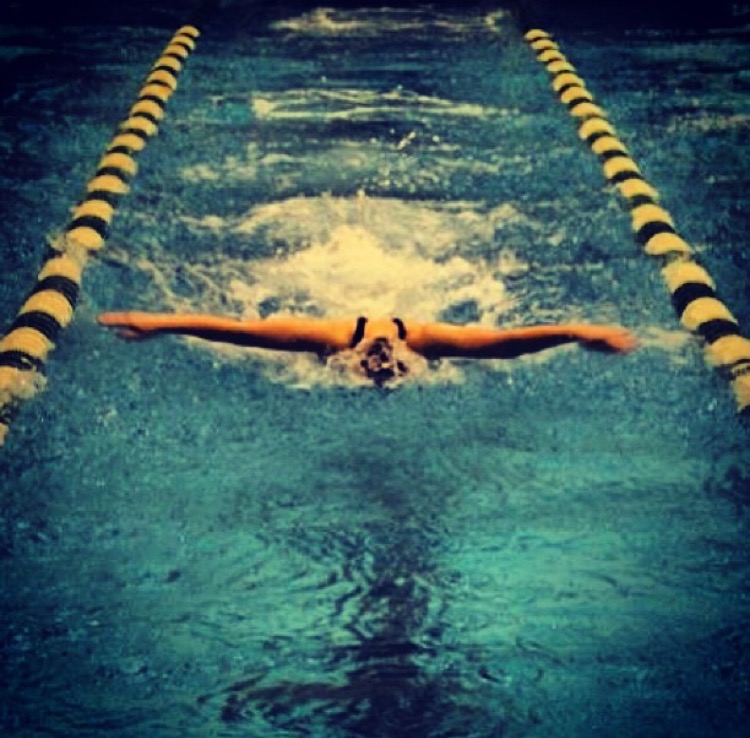 Many young athletes aspire to one day play their sport at the college level, and while Division I athletics often claim the big headlines, the smaller college athletic divisions (II and III) may surprise you with the experiences they offer.  This week I sat down with my summer intern, Monica Sincel, and talked to her about her swim career at Youngstown State and Mount Union and the differences between DI and DIII athletics.  I was especially interested in Monica’s thoughts on this subject as she is one of the rare student athletes to have competed at both the DI and DIII levels (before Mount Union she swam at Youngstown State University).

First, I would like to introduce Monica…she started swimming at age 4 and later went on to swim for Akron Firestone Club Team FAST and Theodore Roosevelt High School in Kent, Ohio.  Monica enjoyed a very successful high school career and qualified for the Ohio District Swimming & Diving Championships all 4 years, resulting in opportunities to swim at the college level.  Monica initially accepted an invitation to swim at YSU, but after a year she transferred to Mount Union.

Having the unique experience of swimming at both the DI and DIII levels, what would you say are the biggest differences?

“Division I athletics have advantages including athletic scholarships, free clothing and athletic wear and traveling is more distant and diverse. Everything is paid for and yet that could be the curse of it. I’ll never forget when I verbally committed to YSU my mom told me in a joking way that ‘YSU owns me now.’ I didn’t realize until months later that it was true. You are and always will be the face of the University and are constantly on watch and can influence anything by anyone. If you mess up, the University won’t skip a beat and remove scholarship money and there privileges.
Competition-wise, obviously DI is much faster. However, I can say that Division III athletes work just as hard as Division I athletes — the difference is size and biology. For example, a 6’2″ DI swimmer will train and do the same things as a 5’5″ DIII swimmer, the only difference is the DI athlete is taller and height helps in swimming tremendously.  One important exception between DI and DIII, however, is off-season training where NCAA rules allow DI programs to continue training while DIII cannot.”

Talking about motivation, how important is intrinsic motivation when you are competing for love of the sport v. a full-ride scholarship?

“As for people who have full rides, I think their love for the sport is motivated differently than the ones who do not have full rides. The ones who do not have full rides love the sport for how happy it makes them and it almost gives you a sense of pride in yourself that only athletics can give to a person. Athletes who have a full ride, often have other future aspirations with that sport, redirecting the “love” for the sport for the access of what they can get with this sport. For example, ‘I love basketball because it gave me a free education,’ or ‘I love football because I am going to the NFL and am going to make millions.’ This doesn’t discount anyone with full rides because I know there are plenty of athletes that get paid millions to do what they love.”

What are the big (sometimes not known about) advantages to DIII athletics?

“DIII athletics are more laid back in a sense with it’s rules and regulations. Being on a sports team at the DI level becomes a lifestyle and primarily the only other thing you’ll do at that University in the means of getting involved. Being on a sports team at the DIII level is different in that sense because you can get involved in a lot more at the university like clubs, fraternities and sororities, and sometimes if you’re lucky internships. Something that always impressed me about the people at Mount Union is their ability to be an athlete and a student, Vice President of such-and-such sorority/fraternity, and being social chair for Relay for Life. I was incredibly impressed with their time management skills and their outlook on taking their ability from the court or pool and putting it into everything else they do for the school and for themselves. It made me want to be a better me and inspire myself.  Division III schools have smaller class sizes and therefore smaller classes. I love love love the smaller classes. It gives me a chance to get to know the professor better and I have found that I have much more access to help and guidance from professors.”

Perhaps in the end it’s not a question of the best level of college sports, but instead the best fit of competition for each individual athlete.  Thanks for the great insights, Monica!