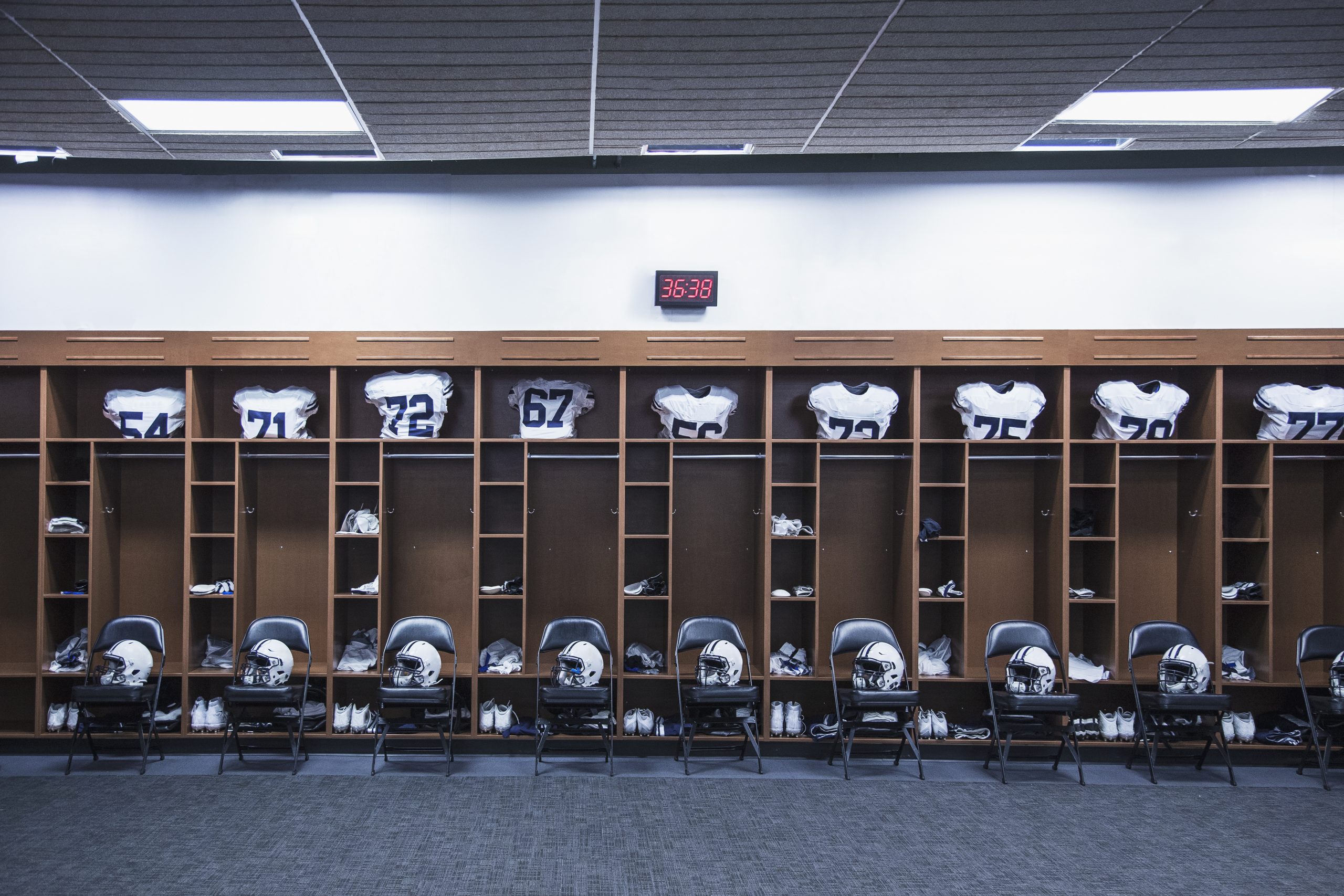 A few weeks ago it was reported that the University of Texas spent over $7 million dollars…..remodeling their football locker room.  If that sounds like a whole lot of money for a locker room that’s because it is, but it’s just the latest example of colleges spending incredible amounts of money on athletics in an attempt to keep up with other colleges doing the same.  The more bells and whistles, the more attractive the school will be to future student athletes, in theory all leading to more wins on the field and revenue generated for the school.  Aside from professors, administrators, and other college personnel questioning the integrity of spending this much money on a locker room, how good is this for kids?  Is it more important for young people to see universities investing millions of dollars into research labs and related educational needs, or watch those same dollars go toward fancy football locker rooms?  With only so much money to spend each year colleges literally make these kinds of choices, and the consequences that flow from those decisions impact public perception — including the perception of high school student athletes.

Only a small number of kids play college sports

While it might be attractive and enticing for high school student athletes to see multi-million dollar college locker rooms, it is important to keep in mind just how rare it is for a young person to make it to college sports.  Critics argue that college sports are big business, and in order to run a successful big business you must attract the best athletes — and what better way to draw attention to your program than having lockers that actually glow and cost upwards of $10,000 per.  If you want to get the attention of a 17 year old high school senior, this is definitely one way to do it.

The question is not can a school invest over $7 million into their athletic locker room, but more a question of should they make such investments?  Are football locker rooms more important than, say, labs and educational facilities/technology?  What about if that same money were instead directed toward increased mental health services, as we are currently witnessing a spike in mental health issues and suicide.  Is the right message being sent to aspiring high school student athletes that decked out locker rooms are what is most important?  While it is understandable that increasingly more colleges see the return on investment for impressing future star recruits to attend their university, where does integrity enter?  Or keeping the emphasis on education over athletics?  Or are those days now long gone?

The trend to invest millions of dollars into college athletic personnel and training facilities is very alive, and the message being sent to future student athletes is that there is no cost that won’t be considered when it comes to providing their best resources on campus — even better than what academic departments allot to their faculty and research centers.  As a result, increasingly more student athletes are being caught up in the glitz and glamor of it all, and may be compromised in their thinking by prioritizing things like a fancy locker room over more realistic factors, including majors offered at the college and other important academic features.