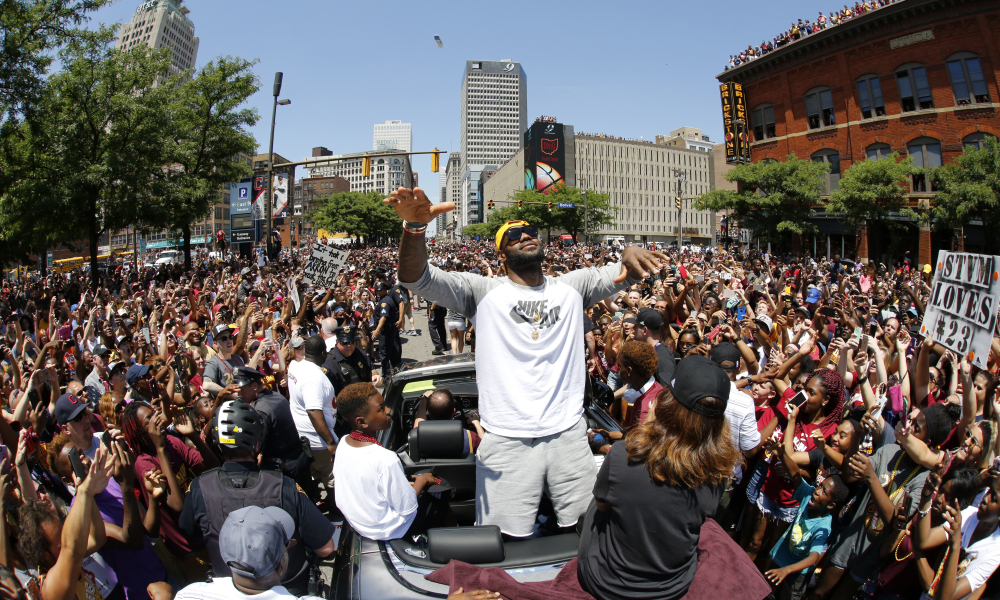 Sport psychologists and sociologists have long known that the success of a local sports team can have immeasurable, positive  effects on the surrounding community.  Just this week we witnessed over a million people in Cleveland celebrating the Cavs NBA Championship, lending clear evidence that team success can quickly lift the collective spirit of a town.

Can this happen in your hometown?

While your city might not have a professional team, the good news is that even amateur sports team success is captured and identified with by local communities.  Sure, you might not attract a million people to come out to a local parade celebrating your high school team’s success, but you can be assured that local folks will take pride in the accomplishment and feel better about themselves and the community because of your team’s success.

Whether we consciously think about it or not, we regularly define ourselves by our local teams, most notably by the pronouns we use when talking about team success (or failure).  When the local team wins, the descriptions about the team almost always start out with “we beat ____” or “we’re in first place.”  Conversely, when our home team loses the opposite occurs and pronouns quickly change to “they,” as in “they lost.”  The difference between “we” and “they” might just be a simple word, but the reality is that it serves as a very stark reality as it applies to our collective ownership and identity developed by attaching our commitment to the local team.

What sport success can mean to a community

Having worked in countless schools and communities throughout my professional career, I have seen firsthand the impact of local sports team success on surrounding communities, and I bet you have, too.  Communities show their support at the local level by posting signs of support in restaurants, barber shops, bowling alleys, and banks; and the same enthusiasm is witnessed by town-folk walking the streets adorned in team shirts, hats, and jackets.  This winning pride often spills over into a positive mood that sweeps over everyone, resulting in friendlier interactions and support among people.  In best-case scenarios, it prompts people to engage in the community more, and sometimes can lead to more prosperous commerce and even an increase in job opportunities.

The city of Cleveland is glowing right now, but Cleveland is not alone when it comes to people supporting their local team.   Yes, there is no doubt that you can measure the happiness of people often by examining the connection they have with their sports teams — just ask Cleveland.