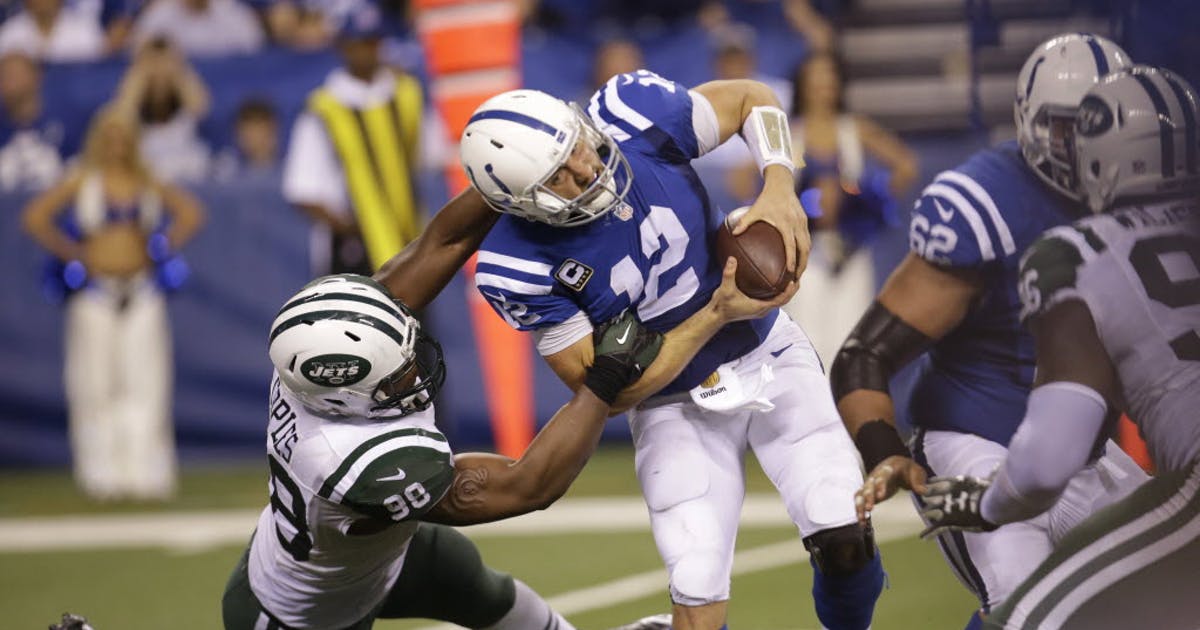 Fox Sports personality Doug Gottlieb is getting blasted this week for his off-color remark about Andrew Luck’s sudden retirement, stating that Luck was retiring “because rehabbing is ‘too hard’ is the most millennial thing ever.”  Originally when I began thinking about blogging on Gottlieb’s tweet I assumed the real take was about Gottlieb’s wild assertion that somehow Andrew Luck is a weak person — but the entire internet has already beat up Gottlieb so badly there really isn’t much to add at this point.  Gottlieb’s tweet was in  such bad taste that even other media personnel like Mike Golic have publicly questioned him, as well as Fox Sports colleague and Hall of Fame quarterback Troy Aikman, prompting me to take an even deeper dive at what just happened.  The lengths some people will go for click-baiting, which includes the current Gottlieb post, is the real story in my opinion.

Sports personalities, just like everyone else on the web, are doing everything they can to attract your attention.  For some people, the greater the number of followers, the more revenue in advertising (i.e. media personalities selling ads, folks trying to generate money from Youtube, etc.).  For those that don’t know the equation, it’s quite simple — the more folks who read/watch your stuff, the more expensive the ads become, and the greater money you and your media outlet earn.  The problem in this day and age is that with the internet and its ease of use, folks simply don’t click on boring stories since there are endless other websites a simple click away.  Similar to traditional advertising efforts, you need “bells and whistles” to get people to pay attention, and one modern-day way of doing this today is to come up with the most outlandish, silly, crazy, bizarre tweet you can possibly put together.  Get a viral-buzz and everybody talks about you…which almost always leads to more stories (controversy), more clicks, and ultimately more money.

Had Gottlieb simply said he was surprised and sorry to see Andrew Luck come to the decision that it was time to retire, hardly anyone would notice because a lot of people were saying precisely just that (in other words that’s not a “hot take”).  So what does Gottlieb do to attract attention to himself?  He essentially calls Andrew Luck, a guy as beat up as anyone who has played in the NFL in recent years, a wuss who simply wasn’t wired the right way to be a professional athlete.  Because his take was so insanely over the top people clicked — a lot.  But that’s not the end of the story — whether by design or simply because Gottlieb really does think Luck is soft, Gottlieb decided to double-down and rant even more about why his original tweet about Luck was accurate.  Of course we all had to watch his video explaining his original, absurd tweet, right??  If you haven’t seen it yet you can watch it here, but be prepared for even more non-sense, confusion, and contradiction.

News is being compromised

What might be the most concerning thing about the click-bait times we are in right now has to do with the content of what would be good news writing and delivery.  With so much at stake to get clicks, writers and others in the media who rely on their jobs and related income are regularly forced to come up with click-worthy stories, titles, and even teases they create and post through social media.  And, of course, the crazier the headline, the more folks want to check out the story.  But there is a big cost for all of this, as the lines between facts and realities continue to blur, as do the boundaries between real stories and sensationalism.  In many ways it’s like the National Enquirer is taking over and replacing previously bland, mundane story headlines with new click-bait headlines that are akin to Sasquatch sightings in your local town.

The hope here is that Gottlieb’s take this week was so bad that it might serve as a watershed moment, maybe not for all of news media, but possibly (for a time?) within the sports world.  Because Gottlieb continues to get torched — and he continues to keep defending his absurd remarks — we are seeing that there is indeed a price to pay when it comes to simply throwing anything out there to get people to pay attention.  Will Gottlieb ever shake this tweet?  Will he continue to make outlandish remarks simply to get attention?  Will his sponsors leave his show?  Will he keep his job at Fox if increasingly more important people continue to call him out?

There is nothing new about companies doing what they can to generate attention toward their goods or services, but with the internet and social media presenting billions of different places you can click at any moment it has created a new set of challenges regarding attracting attention.  The problem is there really isn’t a clear line in the sign what’s fair game versus what’s too much.  If you set your scale at blatantly lying as being an ill-conceived way of drawing attention (and I think most people would say this), how far removed are Gottlieb’s comments from that benchmark?  With free speech comes responsibility, and hopefully civility, and it’s important we keep that in mind before blasting out ridiculous tweets simply to attract clicks.