Examining the Effects of Prayer in Youth and Interscholastic Sports 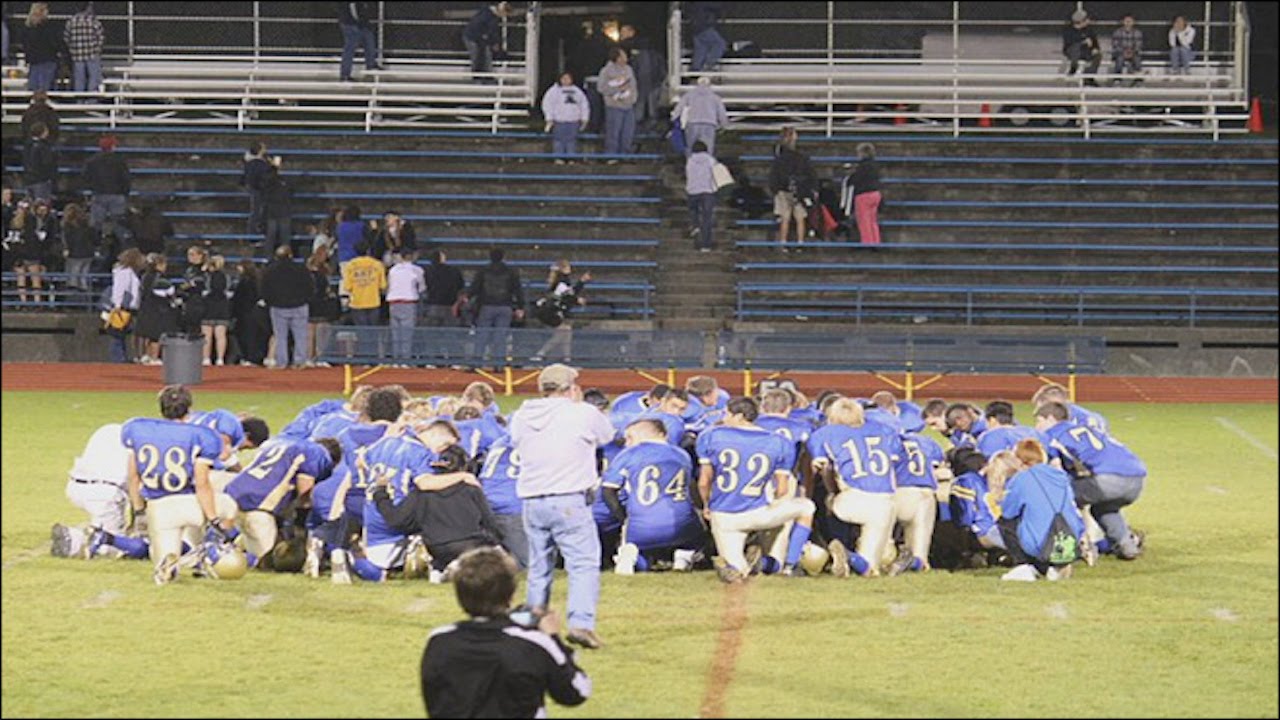 This week, former Washington state high school football coach Joe Kennedy will have his case heard by the Supreme Court, leading to an eventual legal decision relating to First Amendment rights and prayer in school (or, more specifically in this case, prayer in school sports).  I am not a lawyer and will defer to legal experts when it comes to decisions around separation of church and state, but the Kennedy case opens up parallel philosophical discussions around the pros and cons of introducing spirituality within a youth or interscholastic sports team. While we often see coaches talk about their faith, or how by the grace of God they experienced sport success, are these practices good, healthy, and safe, or are they divisive toward those who may be atheist, agnostic, or practice a form of religion different from the coach?  These questions are not in any way a judgement of anyone’s faith or means by which they practice their religion, but instead a question about the appropriateness of religion as it applies to youth and interscholastic sports, and the potential consequences experienced when not all team members feel the same about their faith (or lack thereof).

I would like to believe that every coach who has ever said a team prayer or introduced religion to their locker room has done so with the best of intentions, as I have no evidence of anything contrary to that assumption.  Still, should we accept without question that every kid that is part of a team is comfortable and embraces religious messaging?  When leaders, and in this case coaches, overtly state their religious views it can place kids in awkward positions when their views are different from the coach.  Some kids have told me directly at my office that they did not want to participate in a religious activity, but felt they had no choice or they might run the risk of losing playing time, as well as the respect of teammates.  I have had other student athletes talk to me about their worries and concerns when being recruited by college coaches who are outward with their religious beliefs, with the thinking that if they do not share the same views as the coach they will no longer be recruited.  Rarely do young people speak out because of these fears, and the stress and anxiety experienced by harboring these thoughts and feelings inside can lead to vulnerable positions where young people have turned to drugs and alcohol as a means of coping

When it comes to where religion fits within sports, you might begin with the polar opposite views with one side arguing religion should be a major part of of the athletic experience, while the other side sees no place at all for religion in sports.  Between these positions is the grey area where most people reside, with varying acceptance of some kind of religious presence.  Some folks seem to be OK with a passive moment of silence, but not as comfortable with coach-directed participatory prayers.  As you might imagine, depending on the people involved on a sports team, opinions can vary dramatically with respect to how much religion will be integrated and accepted within the group.  How should coaches approach these questions with respect to being sensitive to all sides?  If a coach feels strongly about religious messaging, should he or she consider how the team feels?  Similarly, if just a few kids on a team feel strongly about keeping religion out of the locker room, should that be enough to remain religion-free, or should it be a majority-rules decision?  There is a lot of nuance when it comes to making group decisions, and they can be especially challenging when deciding on subjects around one’s faith.

It should be noted that simply because people remain quiet and appear to go along with something it does not necessarily mean they accept and/or agree with what is happening in their company.  Stanley Milgram’s original obedience to authority studies have revealed that people will not only sit passively and willingly under duress, but will even engage in activities that they find dangerous (in the case of the Milgram studies, believing that they were actually administering dangerous electrical shocks to subjects).  Parlaying these findings to sports and prayer, we can safely assume that some student athletes who participate in prayer do not want to, or may even feel there will be negative consequences if they do not participate.  Still, most end up going along with the group in order to avoid team disruptions or being viewed by the team as an athlete not fully committed to the team.  The big takeaway here is that simply because someone participates in something, we should not assume they are in full agreement and supportive of what is happening.

Some reports today show that fewer people than ever before are ascribing to any kind of a religion, and the number of people claiming to be atheist is on the rise.  Just as people in America are afforded the right to choose their own religion, others are equally afforded the right to not practice religion at all.  What may seem innocuous to one person (i.e. a short moment of silence), may be found to be forced and disrespectful to another person.  We are fortunate to live in a country that supports any and all religious beliefs, but when religion interacts with sports many unexpected and unintended consequences can occur.  The looming Supreme Court decision regarding Joe Kennedy will provide the most up-to-date information relating to how we as a country currently view the interaction of sports and religion, especially as this applies to how coaches work through their own philosophies relating to how to guide and shape young people with elements of spirituality.