Guard Kids Against the Dangers of Being Diagnosed with Mental Illness 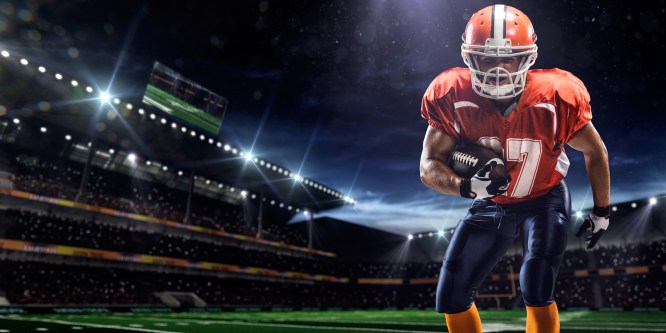 If you are a parent I want you to think back to your childhood for a moment and all the fun you had running, playing, and learning about the world around you. Think about how exciting it was laughing, goofing around, and just being a kid. Think about the thrills you had being spontaneous, creative, and trying new things on a daily basis. Sadly, kids today who display the behaviors I just mentioned are now quickly labeled “ADHD,” and most are immediately drugged with psychostimulant drugs to curtail their activity level and transform them into passive, compliant “kids” who more resemble adults than anything else. Does that sound right to you?

Are kids still allowed to be kids?

Curiously, we have now witnessed the full transformation of kids in just a generation — what used to be considered normal is now seen as abnormal, and even psychopathological.

Aside form the obvious concerns around improperly labeling kids and creating terribly unhealthy self-fulfilling prophecies, we also steal their childhood in many ways, and place ADHD kids on potentially dangerous drugs as well. It’s important to realize that all psychological diagnoses are based exclusively on human, subjective views, not physiological tests (i.e. blood work). As a result, diagnoses change over time, and sometimes mental health leaders largely responsible for creating names of disorders get it wrong (at one time homosexuality was considered a mental illness as just one example). To suggest that exponentially more kids than just a generation ago are “mentally ill” with ADHD leads to only two plausible conclusions:

As a parent myself, it’s easy to see why parents would long for an occasional helper of some kind when it comes to teaching their kids how to relax, pay attention, and practice basic obedience. One of the biggest challenges of parenting is learning (often through trial and error) how to teach kids basic discipline, as it goes without saying how invaluable discipline is with social relationships, academics, and just about every activity a kid chooses to do. Learning how to stay quiet, listen, and carry out instructions are invaluable life skills – nobody argues that – but isn’t it normal for kids to make a lot of mistakes as they are learning to control their thoughts and bodies? Furthermore, does applying a mental illness label coupled by an ongoing drug regime designed to numb kids provide the best and healthiest ways to help kids?

At my practice I have witnessed this disturbing trend for too many years, a trend where otherwise very normal, albeit active kids, are told they have an uncontrollable mental illness that can only be fixed through drugs. In many of these cases, even embarking on the conversation with parents has invited skepticism, resistance, and closed-mindedness, largely because of the fact that most people today have been convinced that their parenting has little to do with their kid being so active. In other words, he’s ADHD – a biological condition — so why try?

Yes, it’s normal for kids to not sit still

Again, nobody is saying that some kids aren’t more rambunctious than others, and some kids do, in fact, need greater attention when it comes to learning how to control their actions. Sadly, these aren’t the only kids being diagnosed ADHD today – millions more kids who only randomly act out of turn are now ADHD as well, mostly because the diagnosis has loosened coupled by increasingly more parents short on time and ideas who seek an immediate fix. While this is understandable on the surface, I would also argue that when parents truly take a few steps back and look at what I am talking about, they almost always come to realize that drugging normal kids for normal behaviors is wrong.

Going back to my original question of why so many kids are ADHD today, I don’t think many reasonably minded people would argue that in just 20 years of time we have witnessed an entire generation of kids markedly different than their parents with respect to their activity level. That leaves my second possibility, that more kids today are ADHD not because of cognitive and physical changes, but instead because of how we now view active kid behavior. Assuming this is the case, wouldn’t we be better served to seriously revisit what we are doing to kids — kids who have no voice and few advocates to speak out to the potential damage we are doing to them through irresponsible labeling and even more dangerous drug dosing?

Are kids even being diagnosed?

Perhaps the craziest piece to the current day ADHD discussion centers on the actual “diagnosis” that takes place on a daily basis in the United States today. Sadly, in the vast number of ADHD cases an actual psychiatric diagnosis doesn’t even occur – instead, parents simply ask their doctors about what to do to slow their kid down, and doctors respond with an ongoing drug diet of stimulants to help. Think about that for a moment – while it is normal for parents to get their kids medication for ADHD in this manner, can you imagine telling your doctor what you think you need for literally any other condition under the sun? Would you tell your doctor what you needed for high blood pressure, headaches, or chest pain? Of course not, but ADHD has become an easy label for both parents and doctors to quickly agree on, and the rest simply follows the drug protocols for basic treatment of the disorder.

Remember, kids don’t know whether its normal or not when they deal with impulses that tell them to run, jump, scream, or play. They also don’t have much of a voice when it comes to defending themselves for why they do what they do, or that they don’t want to use the drugs being prescribed to them. The reality is kids just go with what they are told, including that they have a mental illness, that their daily actions are wrong, and that they must be drugged in order to become normal. Unlike adults, they have no voice or say-so in the matter. None.

It is precisely at this point in time that we all must stop and take a closer look at why the pendulum has swung so far on this issue, and how we can become better guardians and advocates for kids. Should we immediately view active kids as unhealthy, or should we do a better job monitoring their lives, guiding them, instilling discipline when needed, and providing encouragement and positive reinforcement when they display healthy progress? Rather than casually accepting a never-ending prescription of drugs, should we instead first become more vigilant when it comes to diet, sleep, and exercise routines to see if the extra energy can be corralled in safer ways? Or, should we instead view the active kid as actually quite HEALTHY, capable of amazing things through his or her spontaneity, creativity, and zest for life?? I believe by taking these steps we can become much stronger voices for kids, and protest them from both the social labels and dangerous drugs they are now immediately prescribed for simply being a kid.

If your child has been diagnosed ADHD, consider asking the person prescribing the following questions:

Don’t take your eye off the ball when it comes to kids and drugs — if you are only paying attention to street drugs while giving prescription drugs a free pass, you could still be leaving your child at-risk for drug-related health risks.  All prescription drugs come with FDA black-box warnings, and it’s important to pay close attention to the side-, interaction-, and withdrawal-effects.  But perhaps most important, try to think critically the next time your child is overly-active — is this a mental disorder, or merely normal kid-behaviors?