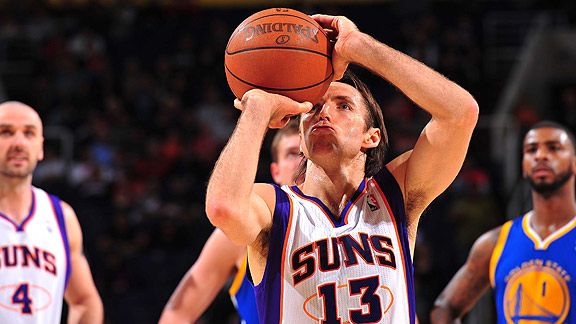 I recently read an article written by a psychologist discussing the importance of regularly practicing a task in order to achieve mastery.  In fact, the author suggested that mere repetition of a task (i.e. shooting free throws, fielding ground balls, or even playing a piece of music) is far more important than having natural talent.  In essence, his claim was that most people who are really good at something have simply spent more time practicing the skill compared to others.  Having natural talent, therefore, could be looked at as a bonus, but not a substitute for simply putting in the work.

While it is impossible to determine the precise reasons and conditions why some people excel at specific tasks, what often goes unnoticed or overlooked is the fact that most talented people do, in fact, put in an unbelievable amount of time perfecting their craft.  I say this as a reminder as it is very easy for onlookers to quickly dismiss the value of hard work and instead attribute the successful person’s abilities to having “natural talent,” when in fact their success is actually due to putting in the work.

The best scenarios, of course, are when natural talents and the desire to work hard are both present in an individual.  In these instances we see true greatness emerge, as was the case with talented athletes known for their hard work including Michael Jordan, Kobe Bryant, Peyton Manning, and Cal Ripken, Jr.

The lesson of learning the importance of hard work is invaluable, especially for parents and coaches who have direct influence on kids.  The possibilities for future success are endless once a person commits to putting in the effort, and the results from hard work will lead to greater confidence — and even more future success.