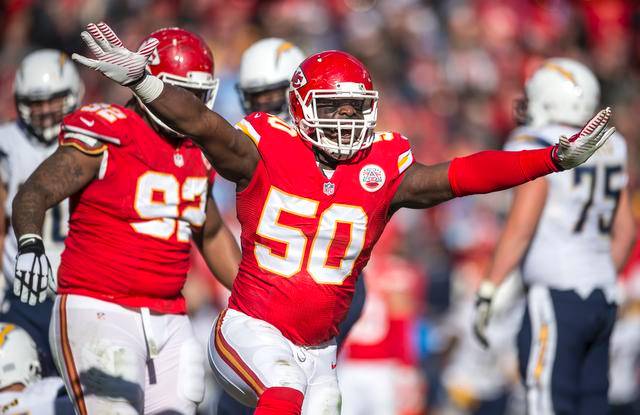 Back in the old days when a football player scored, made a great play, or delivered a QB sack, he would pick himself off the ground and quietly return to his team.  In fact, the great Detroit Lions running back Barry Sanders was actually widely respected for his simple hand-delivery of the football to a referee after scoring a touchdown.  Those days of modesty are long gone it appears, as today’s players are anything but humble — even after plays that many would argue are routine (i.e. stopping a 4 yard run).

Cam Newton, QB for the Carolina Panthers, is one player that has received a lot of attention for his celebratory histrionics, but he is by no means the only athlete who shows his excitement after making a play.  In fact, the show-boating is not even limited to NFL players, as increasingly more college, high school, and even youth-league athletes carry on with various fist pumps, high-5’s, and dances after making a play.  Some players even have full routines scripted showing them ripping off their shirt, or going through a variety of flexing exercises.  As a fan, do you like these kinds of displays, or wish players would relax some?

Is it sportsmanlike to end a play by calling attention to yourself?  Many would argue it’s not, and long for the days of years past when a football end zone spike was about it as far as craziness went.  The celebrations that athletes do today call attention to themselves, momentarily pause the game, and sometimes even lead to taunting/unsportsmanlike conduct penalties.  Making things even fuzzier is the fact that millions of kids watch elite-level athletes do these celebrations, causing that much more work for youth and interscholastic coaches who yearn for a more humble, sportsmanlike approach to sports.

Of course, there are alternative positions to the celebration debate, including arguments that they are spontaneous, unplanned acts; or that the attention-seeking behaviors are warranted since scoring a touchdown or getting a sack are very difficult tasks to accomplish.  Still others contend that none of the celebrations currently witnessed are a big deal at all, and in fact make for great fan entertainment.

Short of leagues becoming tougher on athletes who overtly celebrate after making a play, it’s highly unlikely we will ever go back to the Barry Sanders way of behaving after scoring a touchdown.  Assuming leagues do not feel the need to crack down, we can reasonably predict — for better or for worse — that the trend of going nuts after making a routine play will only continue to grow in sports.  Are you a fan, or would you like to see things more like how they used to be only a few years ago?