The Sports Doc Chalk Talk
Subscribe
Home / Blog / High School Football May Be Eliminated in California, Will Other States Follow their Lead?

High School Football May Be Eliminated in California, Will Other States Follow their Lead? 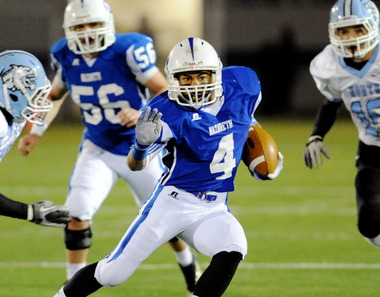 High school football is again at the forefront of the sport safety discussion, with the California Interscholastic Federation sharing its most serious concerns to date about whether football is safe enough to continue as a school-sanctioned sport in the future.  USA Today reports that 8 student athletes have died from playing high school football this year, with countless more kids who have experienced football-related concussions and other serious, potentially long-term injuries that they will deal with in the future.

Roger Blake, Executive Director for the California Interscholastic Federation offers the following on the dangers of football:

“I believe parents are seeing the same stories and the same data and taking a step back….What parent wouldn’t be asking, ‘Do I want my child out there?’ ”

The increasing number of deaths, concussions, and serious injuries certainly warrant a closer look at the dangers of football, and what changes to football will need to be made moving forward.  On the other hand, advocates for football admit that while the game is physical in nature, only a very small number of the overall number of kids competing will experience serious injury (or death).

The challenges school officials have when looking at keeping football as part of the school athletic curriculum include the following:

Football is arguably “America’s sport,” but the number of deaths, concussions, and serious injury cannot be ignored.  The decisions being made in California may lead to even bigger American discourse on this subject, with other states likely to use California’s decision as a benchmark.

Is football is too big to fail?  Without question the safety of football is attracting the attention of both rule committees and equipment manufacturers, but will those efforts be enough to offset the number of fatalities and serious injury kids risk playing football?