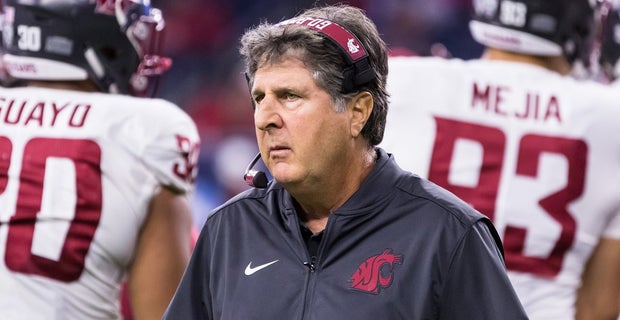 Sports coaches use a variety of ideas and techniques to better connect with their team, with the end goal being a more cohesive, motivated unit.  Most coaches use positive reinforcement to help build better relationships and inspire team members to work effectively with one another, with the hope that stronger team cohesion will result in greater success on the field.  Additionally, coaches will often “take one for the team” when the team under-performs by owning the loss and accepting responsibility for not being fully prepared.  What coaches don’t do is what Washington State football coach Mike Leach did over the weekend — insult his players by calling them “fat, dumb, and entitled.”  Is this the latest in successful coaching techniques, or simply a coach diverting attention away from the fact that Leach himself is actually the one most responsible for his team’s poor showing?

Mike Leach isn’t the first coach to call out his team, but his comments are attention-grabbing as he not only attempted to purposely shame his team into playing better, but also presents himself as having nothing to do with the team’s poor effort.  Leach went on to call his team “soft,” another direct shot at his players that is especially hurtful when describing athletes who play a physical game like football.  It’s a calculated move by Leach, designed to fire up his team by using him as the focal point for their efforts to play harder moving forward.  It’s also a very risky move, as his team may see Leach’s efforts as one to distance himself from team failures and place all the blame squarely on his players.

Most coaches fall “fall on the sword,” and with good reason…

There’s a reason why most coaches in the aftermath of a loss step in front of the team and assume responsibility — the standard “falling on the sword” response by coaches shows players that the coach is the one ultimately responsible for having the team ready, and not the players.  Leach, however, is taking the exact opposite approach by avoiding the sword at all costs, and instead throwing his entire team under the bus.  We can only assume that what Leach is trying to do is shame and embarrass his team to give better effort the next time out, but  will this approach work?

Stay with what works

From my experience, I have witnessed far more success from coaches who believe in their players, offer genuine positive reinforcement, and assume their share of the responsibility when the team under-performs.  I have also witnessed coaches “lose their team” when they are first in line to accept praise for their success, but throw blame on the team when the losses pile up.  It is for these reasons that I am a fan of the positive, uplifting coach over the less caring coach who washes his/her hands from the team when things go south.

Mike Leach has been around awhile, so it will be interesting to watch how his team responds to him throwing them under the bus.  Will they be more motivated after Leach’s attempts to humiliate them, or will they give even less effort the next time out?  If you are a coach, how do you motivate your team?  Is Leach’s method a worthwhile one, or something that should be avoided at all cost?