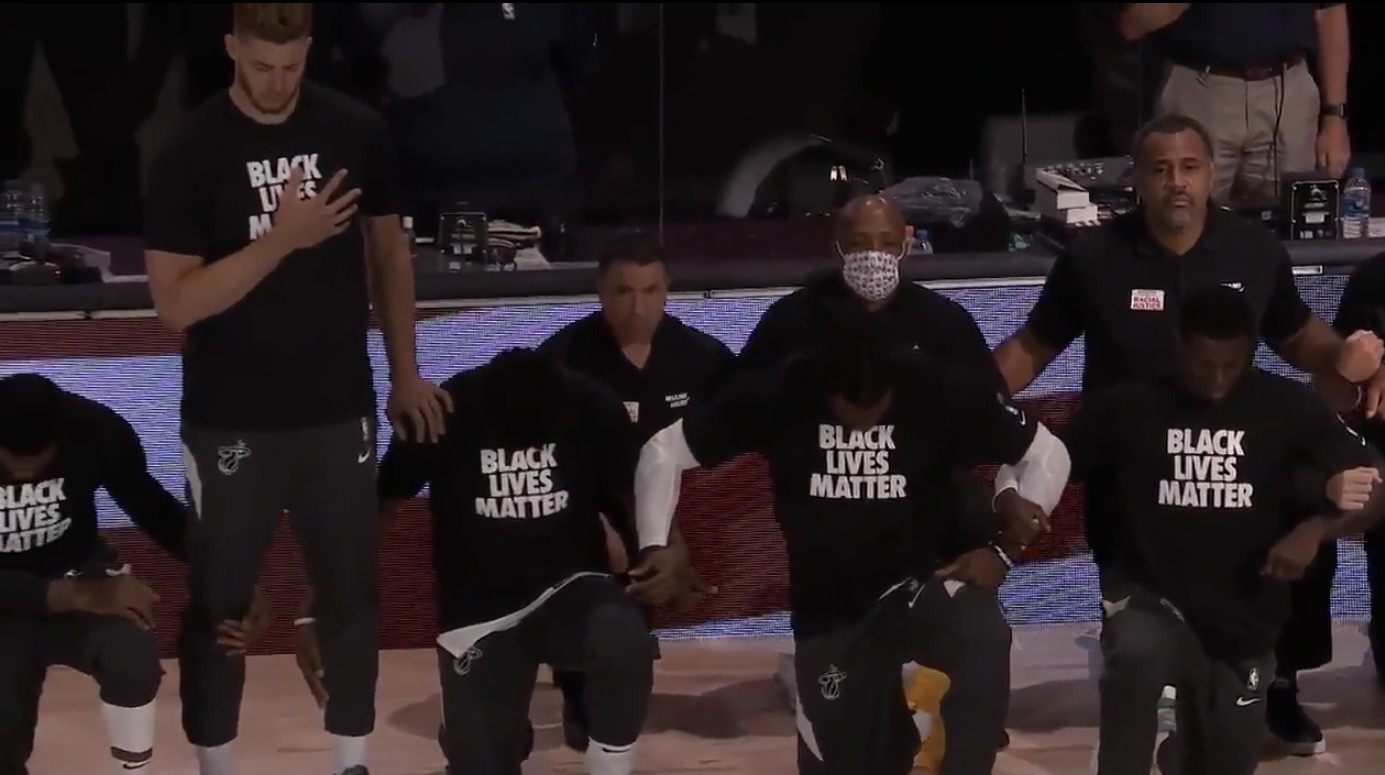 Is now the time that we break the long-standing tradition of playing the national anthem before sporting events?  Dallas Mavericks owner Mark Cuban thinks so, prompting a larger discussion around the contemporary challenges pertaining to respect (and alleged disrespect) around the American flag and players who elect to kneel during the anthem.  Now, several years after Colin Kaepernick started kneeling in 2016 when others stood for the anthem, the movement has grown from the NFL to college, high school, and even youth sports.  Another noticeable trend is that after all these displays, there is nowhere near any consensus on what is OK and acceptable, and the divide only seems to be growing, not shrinking.

The national anthem and sports

There is quite a history between the national anthem and sports, and over time it has become an American tradition for the anthem to be played before games.  Prior to Kaepernick’s kneeling, there really wasn’t much debate over the anthem, and spectators voluntarily rose from their seat during the song without giving much thought to it.  Things have changed, however, and increasingly more athletes in recent years have exercised their first amendment rights and peacefully protested perceived inequities by kneeling, rather than standing, when the anthem is played.  Predictably, others who stand for the anthem have objected to those who kneel, and the gap between what is good and bad, right and wrong pertaining to America, the national anthem, and respect toward the United States has remained a big issue.  As a result, at least one sports owner (Cuban) has decided to put the entire issue to bed by simply not playing the national anthem before games.

While rising for the national anthem before games has become custom to many of us, times change, and perhaps Cuban’s decision to eliminate the song will be the first of many sports owners to follow suit.  The kneeling movement has had unintended consequences, including fans turning on players who kneel, teammates arguing amongst themselves about whether to kneel or not, and players being traded — or not signed, as with Kaepernick — largely or exclusively because they chose to kneel for the anthem.  Many of these reactions have hit owners in the wallet, prompting some of them (like Cuban) to finally eliminate the problem altogether.

Where we don’t hear the national anthem…

As times change, thinking sometimes changes as well.  Americans who have knelt during the anthem have exercised their right to do so, and those who oppose the kneeling movement have every right to feel unsettled if they choose to feel that way.  We are at an impasse where it does not look like those two opposing views will remedy any time soon, resulting in new ways to handle this growing challenge.  Mark Cuban has decided to keep sports and patriotism separate from this day moving forward, leaving countless professional, college, interscholastic, and youth sport teams and leagues to decide of they should do the same.