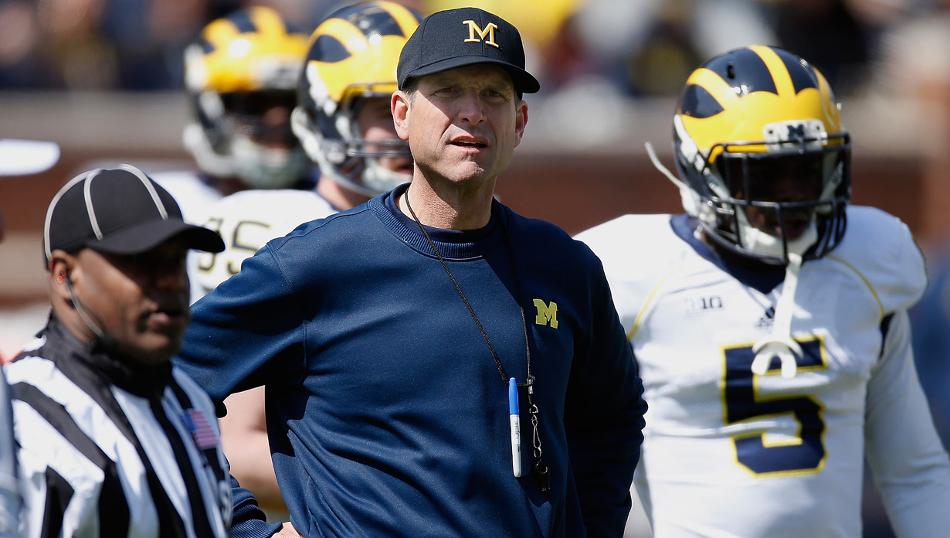 “It’s a meritocracy with everything we do in our program. It’s going to continue to be that.” (Jim Harbaugh, Head Coach of the University of Michigan football team).

A meritocracy is defined as “a system in which the talented are chosen and moved ahead on the basis of their achievement.”  Coach Harbaugh is not the first, or only, college coach to employ a meritocracy when recruiting players, but he is arguably the most transparent about how his system works.  Simply put, a recruit offered a scholarship today may have his offer rescinded should a better recruit become available.

Delving deeper here, we regularly hear of coaches talk about loyalty as a characteristic they look for in recruits.  Loyalty is defined as having a “faithfulness to commitments or obligations.”  Recruits are expected to be loyal, but how far does loyalty go when coaches like Jim Harbaugh preach loyalty in one moment, then pulls the rug out from a recruit the next?

Some people feel coaches regularly breach loyalty by jumping at the first opportunity to better their careers, leaving the recruits they brought to campus behind — often without much warning.  In these instances recruits have spoken out about how loyalty was a main factor in their signing, and that many of them would not have signed with the school had they known their recruiting coach was waiting on the sidelines for another better job offer.

The concept of loyalty is now taking another hit as Jim Harbaugh pulled back the curtain on the truth about how college football coaches feel when it comes to loyalty toward players.  The word “commitment” is another coach-talk sound byte that should also be included in the discussion.  Commitment is defined as “a pledge or promise; obligation.”  Coaches expect commitment from recruits, but shouldn’t recruits offered a scholarship expect the same in return?

So here’s where we are in 2016 — coaches like Harbaugh can offer a scholarship, expect loyalty and commitment from the recruit, but if a more talented recruit becomes available then all bets are off and the original recruit is left to take his “loyalty and commitment” to another program (another program that could, ironically, end up doing the same thing all over again).  Maybe we shouldn’t cry over recruits who learn their offer has been revoked, but is it right or fair for coaches to preach loyalty, yet fail to offer any themselves?

Harbaugh, and coaches like him, run the risk of being hypocritical when sitting in a young recruit’s living room preaching about loyalty and commitment, yet not ascribing to those values themselves.