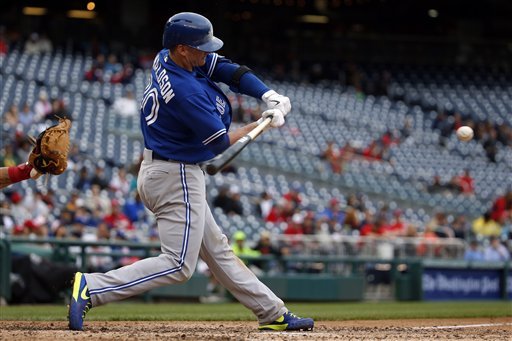 Reigning AL MVP Josh Donaldson got beaned over the weekend, and he’s not only mad about it, he offered strong words for finally changing a part of baseball culture: More accountability for beaning batters intentionally.

And you know what?  He’s absolutely right.

Donaldson brings up many good points about both the ways in which pro sports have moved toward protecting the safety of players in recent years (including baseball), as well as the serious damage intentional bean-balls can cause — including long-term, potentially career-ending effects.  While the NFL continues to examine concussions, Major League Baseball has taken big steps in recent years to better protect both middle infielders around second base from oncoming runners, as well as catchers standing in way of home waiting to get blindsided by runners coming in at full speed.  For some reason, however, the pay-back pitch in baseball is still an unwritten rule that seems to be generally accepted, even though it can lead to unnecessary career-ending injuries.

Donaldson’s comments are a rarity inside a game where you’re seen as a man for standing in and taking your medicine when a 98mph retaliatory fastball heads your way.  The vast majority of guys in the league would never speak up for fear of looking weak, but when you’re the league MVP there seems to be a little more latitude with what you can say.  Other than the excuse “that’s the way it’s always been done,” what other benefit is there to intentionally throwing at batters?  Want to make a real statement?  Strike the next guy out, and help your team as a result.

Players today are bigger, stronger, and faster, and this is true for Major League pitchers who now routinely approach 100mph with fastballs.  At the same time, only a small percentage of batters go to the plate in full body armor ready to take a plunking, leaving the vast majority at-risk for serious injury — injuries that really don’t make a lot of sense when you think about it.  Kudos to Josh Donaldson for speaking up, now it’s time for Major League Baseball to step up and find new ways to address payback bean-balls, even if they have been around since the beginning of baseball.