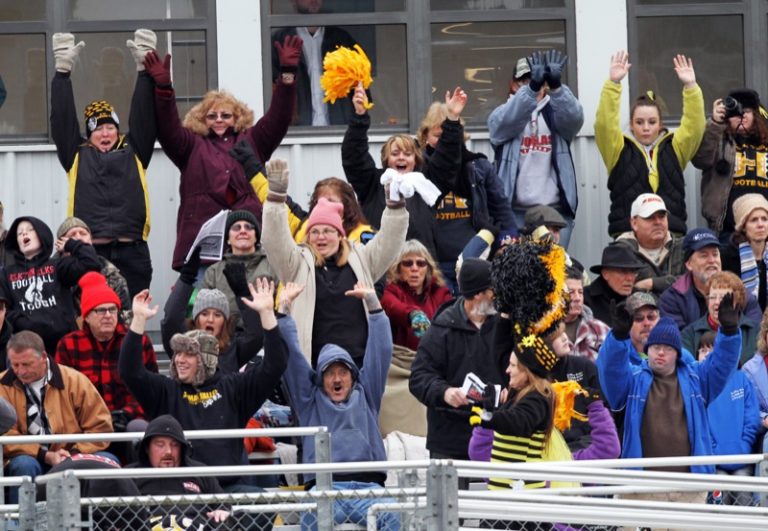 There’s not too many more enjoyable things in life than being able to sit up close to the action when your child is competing in youth sports, but have you ever thought of the responsibilities that come with being a good sports fan?  Unfortunately, we often forget that with our “prime time” seats next to the field or court that our comments and behaviors are easily picked up on by kids, coaches, officials, and other fans.  For kids, our comments and gestures set the tone for integrity, sportsmanship, and general acceptable behavior making it vitally important that we bring our A-game whenever attending youth sports.

While the majority of sports parents do it right and support their kids through positive reinforcement and encouragement, there are some parents who yell, berate, and even act out through physical aggression (against one another, their kid, or sometimes even the opponent).  Sadly, it doesn’t stop there, as there have been countless stories about coaches doing many of the same things – including harassing, embarrassing, and even physically assaulting youth athletes.  As you might imagine these kinds of incidents take away the fun kids have while playing sports, but did you know they also teach kids how to think, speak, and act when it comes to dealing with frustration and adversity?

While it is true that student athletes should be so engrossed in the game that they don’t see or hear us in the stands, the reality is countless numbers of kids have been embarrassed, humiliated, frightened, and even disgusted by what they have witnessed from spectators.  If we want to promote safe and healthy play built upon pillars of respect and integrity, then we must live those same ideas and philosophies ourselves.

Modeling behavior,  for better or worse

Sport psychologists often point to social learning when reminding parents and coaches about the importance of engaging in positive, responsible, pro-social behaviors when working with kids.  Essentially this psychology theory suggests that kids learn a lot of their ways of thinking and behaving by simply watching adults – for better or for worse.  So when you show healthy sportsmanship by doing things like congratulating the winning team or helping an injured opponent off the field, kids learn from what they see.  Unfortunately, kids also learn from adults when they witness them use profanity, throw tantrums, and use physical aggression to settle disputes.

Only when we hold ourselves accountable and model integrity, fairness, and sportsmanship will kids identify and embrace these qualities.

It’s easy for us to forget about the impact our actions have on kids during the heat of the battle, as our emotions often trump logic when we get caught up watching kids compete.  While this is understandable, it’s not acceptable — that is, not if you want your kids to learn, grow, and become responsible role models through sport participation.  Being a “good fan” doesn’t mean you have to keep quiet and never get emotional, but it does mean that your actions are always being watched, and that it is important to model the behaviors you want your kids to follow.  Like the old saying goes, “the apple doesn’t fall far from the tree,” so make sure to model positive support and appropriate, adult-like behaviors when you become frustrated and upset.  If you do this, not only will your child fully enjoy his or her experience with sports, but will also learn important life lessons that can help down the road!