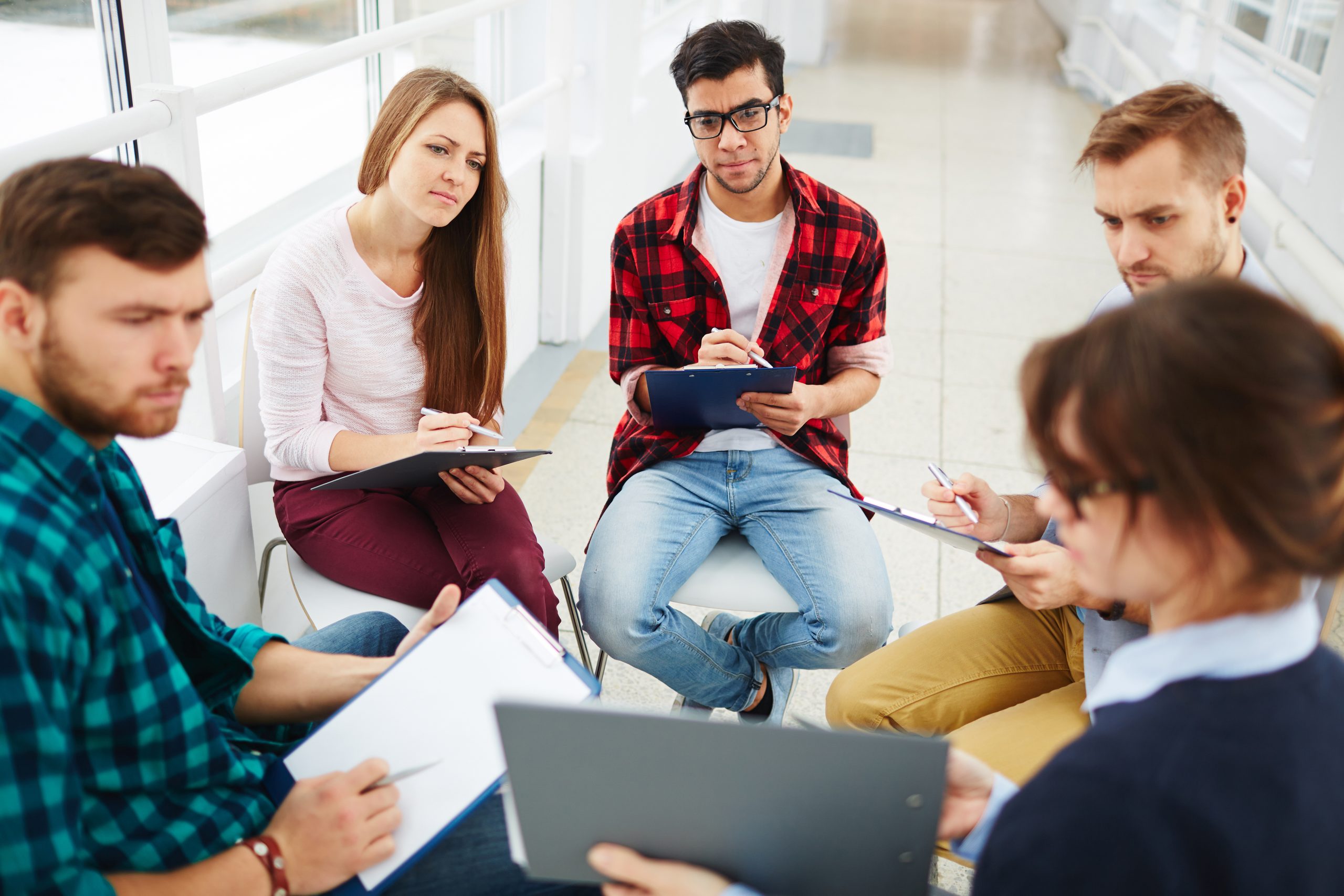 Most of us like to think we are independent thinkers, and not greatly influenced by what people around us think and say.  We believe we are not vulnerable to “going with the flow” with others, and especially when conforming with the group is morally wrong, or potentially dangerous.  Even as I write this, I think back to how many of us remember our parents saying “I don’t what the other kids did, it’s YOU and YOUR decisions that matter.”  But how easy is it to remain a critical, independent thinker when peer pressure and group conformity increases?  Is there a threshold where people stop thinking for themselves, and instead acquiesce with the group — even when it’s clear that they should not change their original thinking?  You might be surprised to learn that human beings actually do this a lot, far more than you ever imagined, as this finding was made by psychologist Solomon Asch in his famous research examining group conformity using a simple line test.

“What line is the same size?”

In order for Asch to determine the effects of a group on an individual’s thinking, he devised a test that was so easy that it could not be failed.  Specifically, Asch created a simple line test where he asked subjects to choose a line on the right (A, B, or C) that is closest in size to the target line on the left (see below): 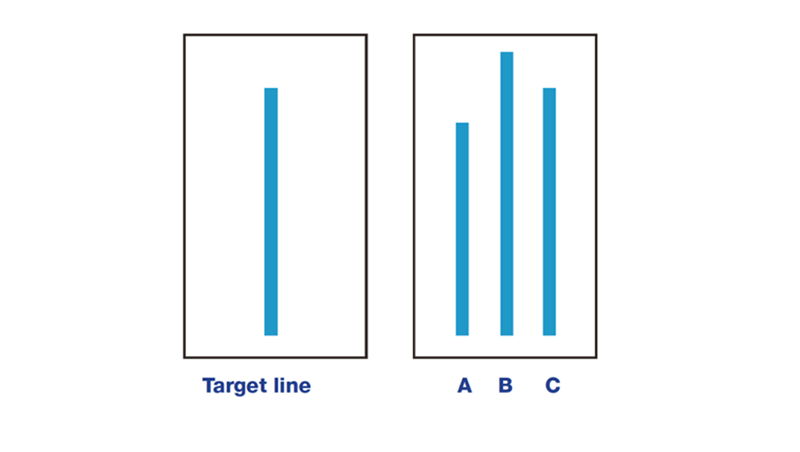 So what choice did you make, A, B, or C?  Assuming you have normal vision, the answer is clearly choice “C” — and when subjects were left alone to make this determination they easily made the correct choice “C.”  But what happens when you add a room full of people who are confederates (aides of the experimenter that pose as participants but are actually a part of the research study) who purposely select the wrong choices (A or C)?  Would you change your answer and conform to the group, or remain steadfast with your original (and correct) response of “C”?

While most people would assume the subjects would be immune to the group choosing the wrong answer, the results Asch found were the opposite — and quite amazing.  Rather than remain confident in their original answer, roughly 1/3 of the participants changed their answer from the correct choice (“C”), to one of the obvious incorrect choices (A or B).  Many of the subjects who changed their answers were visibly uncomfortable doing so (clearly knowing that their original choice “C” was the correct choice), yet they still changed their answer in order to conform with the group.  While it might not be a big deal for people to change their opinion about the length of a few lines, what happens when people conform to groups when the group choice is mentally and/or physically dangerous?

The video below is an example of a research study using Asch’s line test to determine the effect of group conformity:

From lab study to reality

While there are no negative consequences to experience choosing the wrong line in Asch’s psychology line study, what risks are there when we conform to the group around us in real life, especially when we shouldn’t?  It may be funny to watch Asch’s subjects clumsily choose the wrong line in his study, but what happens when individuals knowingly make poor, short-sighted decisions solely to fit in with the group?  Sadly, it is this type of group dynamic at the heart of countless poor decisions, where the power of the group prompted otherwise sound decision-makers to do things completely out of character, including bully, cheat, vandalize, and wreak havoc on others.  The big takeaways from the Asch study are:

When I teach Introduction to Psychology courses we always get a chuckle out of the Solomon Asch study, especially when witnessing subjects squirm and feel uncomfortable reluctantly agreeing with confederates instructed to choose the wrong sized line in the study.  It is so obvious the line that is the same length, and therefore becomes increasingly more uncomfortable with every subject who chooses incorrectly.  Still, even with the certainty that the group is wrong, over 1/3 of the subjects sided with the group!  These remarkable findings reveal a lot about the power of influence, conformity, and general group dynamics and how we can be persuaded simply by wanting to fit in with others.  Consider the ways you can use this knowledge so that you can remain confident in your life decisions, even when others feel differently — and be sure to pass these teachings along to kids who could benefit, too.