Learn Why Your Perceptions are Different from Everyone Around You

Have you ever stopped to notice how two people can look at the same thing, yet come away with very different impressions?  The reality is we actually do this all the time, as it is not uncommon for us to view an image and “see” something different compared to those around us.  Using a sports example, one fan might watch his team on the field trying their best to win, while another fan watching the same game might view the same team as lethargic and disinterested.   Same players, same game, yet very different impressions.  A second example that reveals differences in human perception used when police officers question witnesses to a crime — it is common for witnesses to have very different stories from one another, making eyewitness testimonial unreliable in many cases.  Why is something that should be constant between humans (perception) actually more of an individual experience that can be unique and different from others?  The cognitive prism with which we view the world through greatly determines the factors and features most important to us when perceiving the world around us.

What do YOU see?

If you search the internet you will find a variety of images designed to illustrate how human perception varies from person to person, and these differences are largely based on what you focus on at any given moment (known as the figure-ground).  One of my favorites is the image below — what do you see? 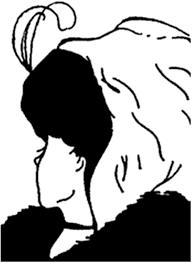 If this is your first time seeing this image you might be surprised to learn that you can see both an old woman (profile view looking down toward the left of the picture) and a young woman (view from behind her where she appears to be looking backwards).  Once you see both images, you can go back-and-forth and see either image whenever you want, but what most people find interesting is learning that there is more than one way to view this picture.

Delving deeper and using a real, every day example, ask yourself how many times in life you have witnessed someone in your community throwing something out as garbage that you still found useful?  This example illustrates the old saying, “one man’s garbage is another man’s treasure.”

The metaphor of cognitive prism is the representation of a view of the world around you that attends to some specific features while ignoring other features.  For example, when you look at a bed of roses there are both flowers and thorns, but most people only see the flowers while ignoring the thorns.  When each of us individually views the world around us, we do so through our own unique lens that take into account our most important personal values and beliefs.  This human-perception difference between us is heavily flavored by salient factors, including:

Depending on the lens you choose to view the world, your impressions of what you “see” will be influenced differently.  Below is an image from the Thematic Apperception Test (TAT), a commonly used projective test used by psychologists to gain better understanding of an individual’s personality.  The images, like the one below, are purposely designed to be vague and allow individuals to interpret what they see in the image: 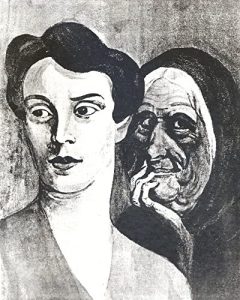 What do you see in the image?  Someone with an artistic background might comment on the artistic qualities of the image, while another person more in tune with their culture might read into the relationship that exists between the women.  Neither person is right or wrong, as we “see” the world through our own unique life experiences and process what we see using our own values, beliefs, and expectations.

Depending on the personal values you have your perception of the world may be altered in a direction different from those around you, providing rationale as to why two people can look at the same thing yet “see” different things.  Human perception is a unique, individual experience flavored by many factors, and the ways in which we perceive things often dictates the subsequent behaviors that follow.  It is for these reasons that the saying “no two people see the same thing” is more accurate than you might think.