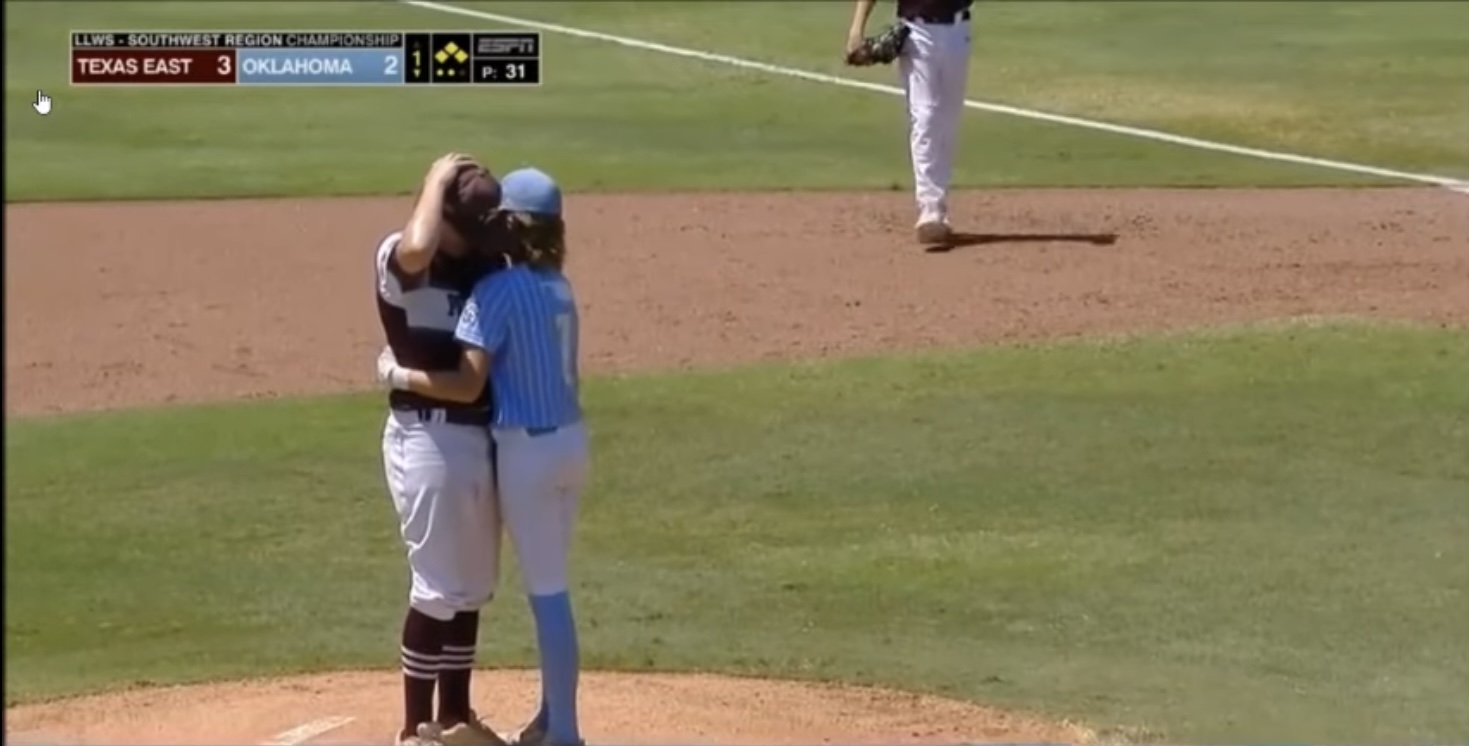 We often talk about sportsmanship and how athletes should prioritize things like class, integrity, and respect, but how often do we see athletes model those qualities?  Sadly, sports media tends to prioritize bad behaviors over good, but today we witnessed something truly amazing that all sports parents should share with their kids — specifically, during Tuesday’s Little League Southwest Region championship, Texas East pitcher Kaiden Shelton had a pitch get away from him and hit Tulsa player Isaiah Jarvis in the head.  Moments after getting hit, Isiah Jarvis took it upon himself to console the visibly shaken pitcher in one of the best displays of sportsmanship I have ever witnessed — entirely spontaneous, and done by a kid who isn’t yet a teenager:

The maturity it took for this young man to set aside his own frustration of getting hit by a pitch and to take it upon himself to offer support to the kid who just hit him is really something to appreciate.  If you have ever played sports at any level then you already know how few kids would show this kind of support to an opposing player, allowing for one of the most dramatic moments I have seen in sports in quite some time.  We often talk about “teachable moments” with kids, and this is as good as it gets in my opinion.

Hats off to you, Isaiah Jarvis, and to your parents for raising a kid with a great head on his shoulders and a compassionate heart for others!