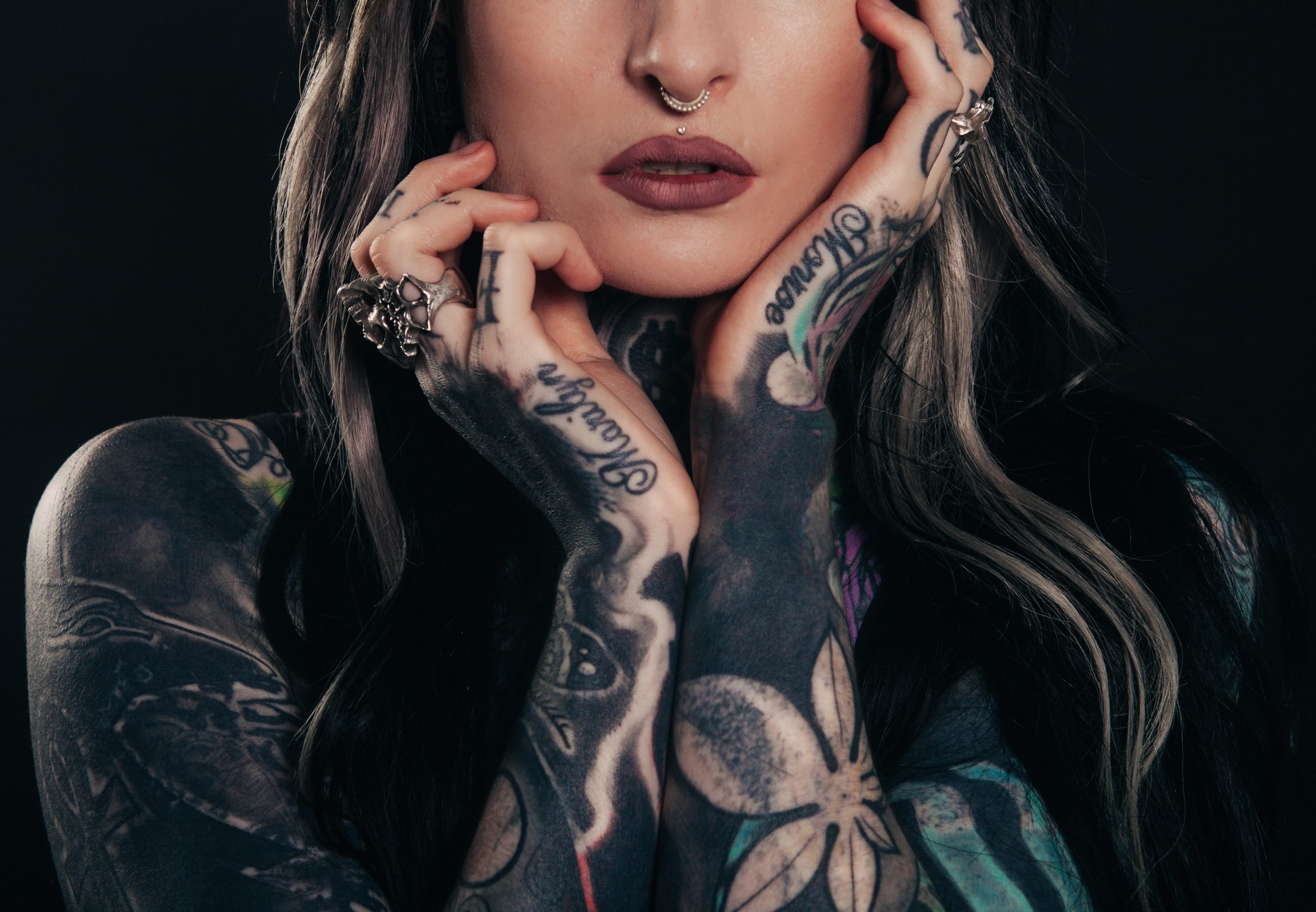 Today’s subject is a lighthearted one, driven by many conversations in my office over the years.  Specifically, as increasingly more people decide to get tattooed, many non-tattooed onlookers are confused about “tattoo etiquette,” and what is appropriate when looking at someone’s tattoos?

There has been in explosion in tattooing in recent years, with increasingly more people getting inked up — and in places on their bodies very different from generations of the past.  Yesterday’s bicep barbed wire tattoo is a thing of the past, replaced today by much bolder tattoos inked in previously “taboo” places, including below the elbow, hands, fingers, neck, and for some people even their face.  While tattoos are more widespread today, the etiquette observers should follow when looking at someone’s tattoos isn’t all that clear.  Is it appropriate to look?  To stare?  To inquire more about the tattoo and ask why the person chose that specific design?  Are you supposed to always say you like someone’s tattoo when asked, even if you don’t?

I recently had a conversation about tattoos with a psychology professor I have known for many years, and while he had no problem with tattoos or people who choose to get them, he did offer an interesting perspective.  Specifically, he said that people who get tattoos are looking for attention that they feel they are not currently receiving, further noting that you do not get a tattoo for people to not look.  Delving deeper, he rhetorically asked if a person feels they are not being recognized in the world around them, is a tattoo the best way to get people to stop and look?  Or are there better ways to reach the same attention-seeking goal?  He had a another take that I found equally interesting — that people tattoo themselves with imagery of things that portray images they want the world to associate with them — intimidating animals and messages, artistic pictures, social causes, and even silly things designed exclusively to puzzle onlookers why somebody would ever get such a tattoo?  None of these choices, he noted, are designed for observers to look away and ignore the tattooed person, but to instead draw people in and pay greater attention.  Do you agree with his observations?

At the end of our chat about tattoos my friend made an ironic, tongue-in-cheek comment about the state of tattoos today and how they relate to attracting attention — specifically, he said that with so many people today getting tattooed, you might actually receive more attention for being in the (seemingly) smaller group of people today without a tattoo.

People will often talk about how human beings have been getting tattoos dating back to the beginning of time, and that very well may be true.  In modern-times, however, tattoos have definitely changed in a number of very observable ways.  First, more women today are getting tattoos, a big change from the old days where tattoos were predominately a male thing.  Second, people are getting tattoos on their bodies that can not be easily covered, unlike before where thought was given to how one might hide their tattoo at work or other formal occasions.  And finally, the volume of tattoos one gets these days has increased, as it is quite common to see people with multiple tattoos and entire “sleeves.”  Yes, the days of your dad’s navy anchor on his bicep have been replaced by newer, bigger, brighter tattoos placed anywhere on the body and worn by both men and women alike.

People who get tattoos do so for their own reasons, but how those around the tattooed person properly look and react remains a mystery to many.  Are you supposed to look?  Stare?  Ask questions?  Or just peer over by using peripheral vision, never allowing the tattooed person to know you are looking?  Stares that might be welcomed by one tattooed person could be perceived as threatening and disrespectful by another, leaving a lot of unanswered questions when it comes to tattoos and how observers should act.