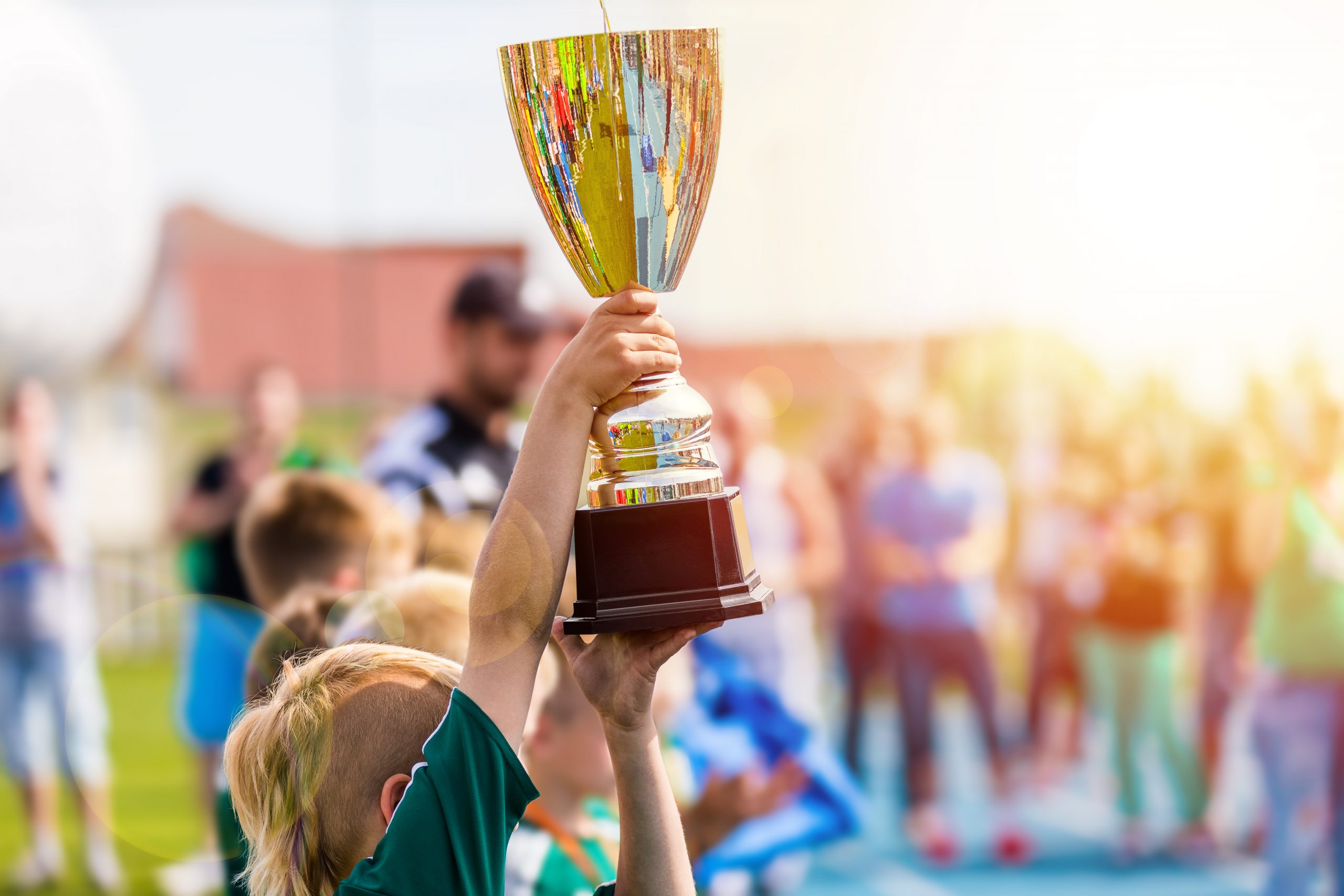 If you are around youth and interscholastic sports, there’s a good chance you have been involved in discussions relating to various general philosophical approaches to how sports should be run in your community and/or school.  During the pandemic, for example, focus has been on how to create safe sport experiences for kids that involve masking, distancing, and regularly sanitizing equipment.  A more general (and less dangerous subject by comparison) discussion is has been around longer than pandemic debates has to do with how to recognize and reward kids who play sports — some have referred to this as the “participation trophy debate.”  Are kids exposed to stress and mental illness by receiving a small ribbon or certificate for simply being on the team?  Critics of leagues providing nominal participation award to kids argue it makes kids “soft,” and prevents kids from working hard since they know they will be rewarded for not even trying.  As a mental health clinician who treats kids regularly, I see this position as not having much merit, as I have yet to assist a kid who has been psychologically damaged in any way for receiving a participation award.  Still, this is a robust debate that has been around for years now, and is still worthy of deeper examination and discussion.

Simply speaking, a participation award in youth sports is a small token recognition given to all kids who successfully complete a sport season.  These kids do not have to have actually accomplished anything on the field/court, and in fact, many of these recipients have barely seen the field of play (and some haven’t played at all).  While critics argue that participation awards soften kids, what is often missing in their analyses are all the things these kids do that often goes unnoticed.  For example, in order to successfully complete a sport season, all kids — including reserves — have to attend and participate in practices; battle through aches, pains, and injuries; and balance sport responsibilities with other commitments in life — like school.  Sure, these kids may not be stars on the field, but they are still held accountable for adhering to all team rules and carrying themselves with integrity and living as role models to their peers.  In fact, when you consider all that reserve kids do while on a team without getting playing time and related recognition, a strong argument can be made that participation trophies undersell the value of these unsung heroes.

While there is often an immediate gruff you hear when mentioning participation awards, I believe when critics think longer and deeper about all that goes into completing a sport season — especially one where the kid never sees the field — only then can you begin to see the value of recognizing kids trying their best while working to earn playing time.  When we offer small measures of positive reinforcement, it helps kids in many ways, including the following:

No, from my experience participation awards and trophies don’t turn kids into soft mush, incapable of working hard and achieving future success.  In fact, the opposite often occurs — that is, more kids feel a true part of the team for a simple recognition, and this feeling is often what propels them to continue working hard and eventually earning a position that warrants more playing time.  When we set the sarcasm aside and refrain from using derogatory expressions toward coaches and schools who provide participation awards, only then can we see that critics have blown this discussion out of proportion and created myths that simply do not hold up.