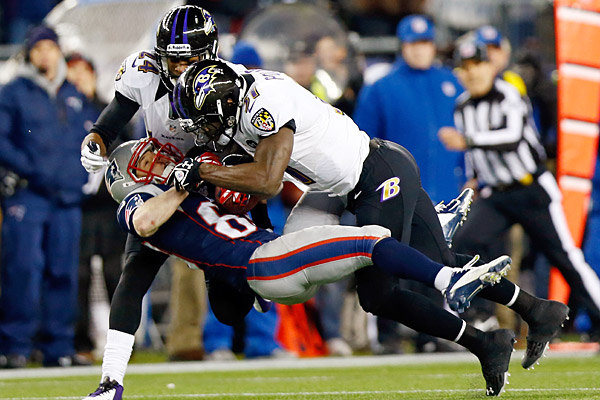 Former Pittsburgh Steeler wide receiver Antwaan Randle El is the latest former football player to question the safety of football, saying that if he has a do-over to play the sport again, he wouldn’t.  Randle El adds his name to a growing list of former players with serious memory and/or other brain related injury and trauma, elevating the need for more longitudinal research studies to follow players into retirement to accurately asses how much cognitive loss is due to football.  While equipment companies continue to develop the safest helmets and pads possible, and rule committees tighten up the safety of the game, will this be enough to offset today’s players who are faster, stronger, and capable of delivering bigger hits than ever witnessed before?  Personally, I’m not sure equipment and rule changes can ever keep up, and I’m deeply concerned for the research that will emerge in the coming years regarding head injuries from contact sports like football.

Sport specialization occurs when an athlete chooses to play one sport exclusively, with these decisions being made (usually by mom and dad) as early as 6-7 years old.  Rather than sampling multiple sports, the specialist only plays one sport, and usually plays the sport year-round.  Youth sports burnout is an almost certainty at some point for athletes who specialize, and now increasingly more medical research is finding that the risks for overuse physical injuries spikes dramatically for specialists versus other kids who sample multiple sports.

The view here is that the vast majority of families should choose sport sampling over sport specialization.  Interestingly, while it is true that some families choose to pursue sport specialization for their child for increased odds of a future professional or college athletic opportunity, most actually do it simply to “keep up” with what appears to be what everyone else is doing.  Take time to examine your child’s unique interests, abilities, and motivations, and then make a decision best for you — not one that simply keeps your kid up with others.

EA Sports hasn’t made a college football game in several years because of some former NCAA athletes speaking out about missed royalties for their likeness in the game.  The stoppage of the EA series has college commentator Kirk Herbstreit talking, as he recently called out athletes who looked for compensation as undeserving and greedy, and claimed the vast majority would be thrilled to simply receive a free copy of the game.   It seems to me that any former college athlete who would agree to accept a $50 game in exchange for his likeness in a game that makes millions of dollars is leaving money on the table.  I wonder if Kirk Herbstreit received a mere free game for his participation in the series?  I highly doubt it, and I don’t think it’s any of our places to suggest that student athletes simply be happy they are in a video game while others profit heavily from their likeness.

It seems like just about every time you turn around these days you hear about another sports GM looking to beef up his staff with more statistical gurus.  The thinking is that behaviors can be accurately measured, and then those measurements can be used for greater predictability in the future.  The basic premise to this model is essentially what science is built upon, so no argument there — but there are still several big questions that remain and that dramatically impact the importance of sport stats.  For example, there will always be variables that are nearly impossible to measure (i.e. motivation, resiliency, and how quickly an athlete copes with stress), and then there are extraneous variables that confound findings (like when personal family problems of an athlete impact on-field performance).  And then there’s the question of who is actually reading and interpreting the stats, and in many cases those individuals simply don’t have the background and qualifications to fully understand all the moving parts when it comes to taking these kinds of measurements.  The final verdict here?  Stats can be fine for part of the picture, but teams who over-rely on them will eventually find out that measuring human behavior is really tough stuff.