Sports Parenting 101: How to Handle Problems with the Coach 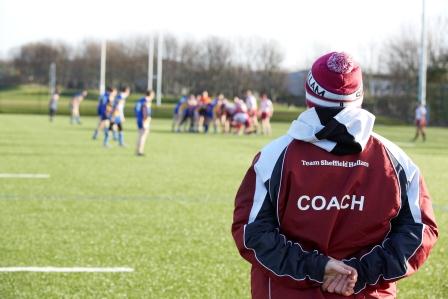 It is not uncommon for sports parents to become frustrated with their child’s coach, especially when their child is not seeing much playing time (coincidentally, this is the #1 reason why parents contact coaches).  In other instances playing time is not the issue, but instead how the child is being used on the field (i.e. his or her position) is called into question.  Regardless of the disconnect, parents do sometimes become disenfranchised with the coach, prompting the question of how to successfully resolve these issues and conflicts?

The best way to remedy problems with the coach should almost always begin with your son or daughter first trying to resolve it independent of parent involvement.  For example, if the issue is with playing time, a kid can ask to speak to the coach and attempt to both better understand the coach’s decision, as well as make a case why he or she should be given another look.  Most times the coach will grant a meeting if the request is a genuine attempt to better understand the situation.

If, however, the child-coach meeting goes poorly (or the kid is turned down for a meeting altogether), parents can then decide if the problem is big enough that they need to step in and request a meeting themselves.  Assuming the meeting is granted (and in most cases it should be – more on that later), below are a few pointers to keep in mind:

While the vast majority of coaches do grant meeting times, there are some coaches who have a strict policy of not talking to parents.  This is unfortunate, especially when you think about how coaching is really teaching, and teachers regularly make themselves available to talk to parents about child progress.  If your child has been rejected, and your attempt has also been turned down, only then should you consider escalating the problem to an Athletic Director or league operator (if you feel the issue warrants it).