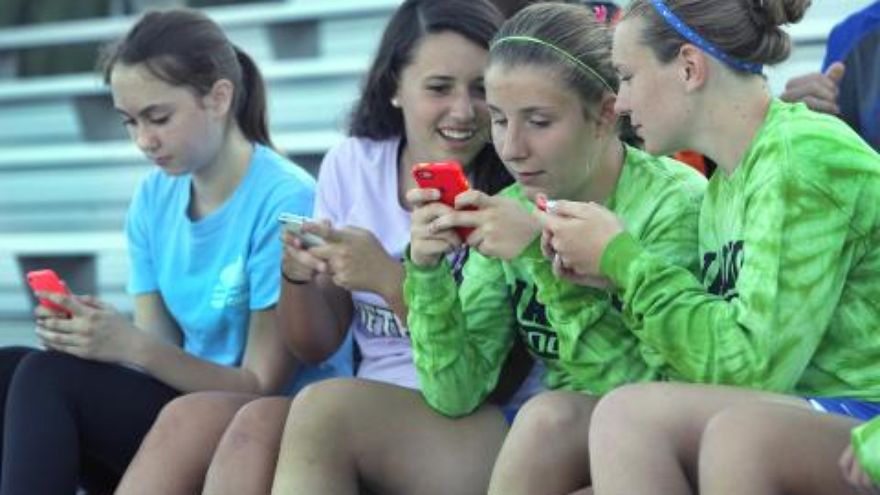 For many parents these days, the advances in technology with instant communication and immediate gratification have brought a new wave of concerns as they apply to their kids.  While we are all probably guilty to some degree when it comes to checking our phones instead of doing our work, kids are even more vulnerable to living off their phones to the point where the real world becomes an afterthought.  Rather than engaging, exploring, and experiencing the world around them, many are caught up checking text messages, Facebook, Twitter and various other virtual experiences.

Consequences of always being “connected”

One big concern always being tethered to social media is the tremendous time drain always being connected has on kids.  In some cases kids can chew up hours upon hours with a phone or pad in their hands, completely missing the day going on around them.  For student athletes, time that used to be spent running, lifting, studying playbooks, and doing other things to improve athleticism is now being dedicated to social media.

The second big concern I see when kids become addicted to social media has to do with focus — or lack thereof.  In increasingly more families kids are splitting their time at the dinner table, in car rides, and seemingly everywhere else they go between attention to mom and dad and keeping an eye on their Facebook and Twitter feeds.  Coaches have the same challenges when trying to keep their student athletes tuned in while simultaneously trying to get kids to “unplug” and step away from their phones.  The danger in splitting attention is that it leaves kids at-risk for harm, injury, and if nothing else a much poorer job in sports/school than they would have done if they had given their full attention.