The Sports Doc Chalk Talk
Subscribe
Home / Blog / The Advantages (and Disadvantages) of Being the Early Maturing, Big Kid

The Advantages (and Disadvantages) of Being the Early Maturing, Big Kid 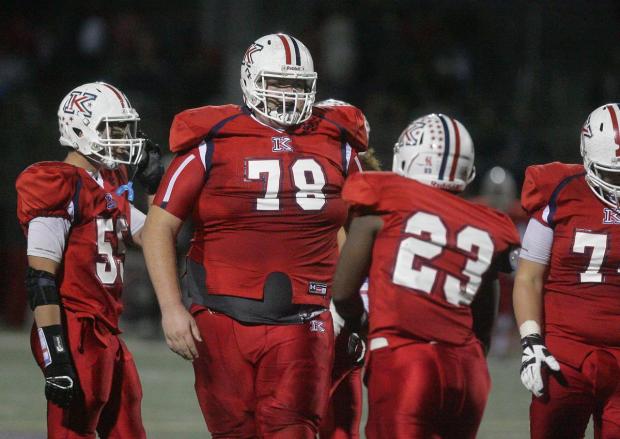 Kids who are fortunate to have size, speed, and strength advantages over their peers often utilize these assets to become star youth athletes.  In fact, many times in youth sports the better athletes are simply bigger than the competition, allowing them to not only enjoy physical advantages, but better confidence development, too.  For some early maturing kids these genetic gifts continue to provide advantages as they grow older, but what about the kids who, over time, stop growing at a rapid pace and fall back in line with kids who develop later?  In these examples the early physical advantages of being taller than everyone else eventually levels out, and the previous sport advantages typically end as a result.  These early developing kids who later fall back with the rest of the pack can experience frustration, anxiety, and depression when they are no longer the star of the team, and some kids prematurely quit sports altogether when struggling with the fact that they no longer dominate the competition.

Size doesn’t guarantee sport success, but it sure helps

While there are no guarantees that being the biggest kid in school will result in being the best athlete, there are far more examples where early developing kids succeeded because of their size advantage rather than failed.  The easiest evidence for this assertion is that bigger kids can generally do things better than their smaller peers — like hit a ball farther, block harder, or outrun the competition.  Kids who physically develop ahead of the pack often gain confidence by dominating other individuals and teams, providing yet another advantage (psychology studies consistently show a strong link between confidence and performance).  Of course, not every big kid will outplay his smaller classmates, but generally speaking early size advantages tend to help more than hurt athletic development.

What happens when other kids catch up?

Kids who experience an early growth spurt often stand out from the rest of the team – especially on team picture day where the dramatic height difference becomes impossible to miss.  In most cases, however, these early growth advantages level out, and other kids catch up and sometimes pass up the early developing kids.  I have worked directly with a number of early developing kids throughout my career, and I find that they are largely an unnoticed population who generally fall back in line with teammates without much attention.  While it may seem on the surface that early developing kids take this “leveling out” without much concern, my observations have revealed that kids who suddenly go from mega-star to just one of the kids on the team often struggle — as do their parents.

When a kid is significantly bigger than his peers, he often receives a lot of attention, makes the big plays, and wins team MVP and other accolades.  In essence, these kids become the “big men on campus,” creating both a self-identity (how one views him- or herself), as well as a social-identity (how others view the individual).  When the identity of being the best player in the league is stripped, it can lead to an entire rebuilding of identity process — and a lot of stress and confusion.  Sadly, most of these psychological experiences go unnoticed, and in some people even feel it’s justice being served when the big kid is finally playing against others his own size.

If you are a parent of an early developing child, consider the following ideas:

If you are a parent or coach of a youngster who is currently bigger than just about every other kid on the team (or league), it’s important to keep an eye out for when size advantages level out with other kids over time.  Of course, not every kid who develops early will struggle when he or she is no longer the biggest kid, but many do, and parents and coaches can sometimes miss the signs when these kids experience anxiety, depression, and identity re-development.  If you see a kid having a tough time accepting the fact that his or her peers have caught up in size, do your part to help with the adjustment and if warranted, seek outside professional help.