The Best Way to Coach Your Child After a Game 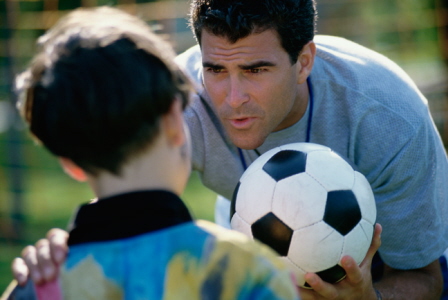 It’s not uncommon for parents to want to coach their child immediately following a game, especially if the child performed poorly and appears to need some instruction.  Unfortunately, coaching a kid who is already feeling bad right after a tough game is actually the worst time to coach.  Instead, try and hold off for a few hours (or better yet, until the next day), and shift the focus away from coaching to simply being a loving, supporting parent.

When parents try to immediately coach (sometimes before even making it to the car), kids haven’t had the chance to purge their emotions yet, much less be in a good position to calmly sit through and fully understand what they did wrong on the field.  In fact, when parents coach too soon, often what occurs is even more frustration and anger.

There will always be time to coach the day after a game, but for the moments that immediately follow a game try the following instead:

The big takeaway here is that there will always be time to coach, but trying to coach too quickly when emotions are high may be the worst time to do it.  Instead, provide love and support (and good listening), get a good night’s sleep, and then go back to the drawing board the next day.

Check out our popular line of high-performance products only at Advanced Human Performance Systems.