The Sports Doc Chalk Talk
Subscribe
Home / Blog / The Impact of Intimidation in Sports: The Case Study of Conor McGregor

The Impact of Intimidation in Sports: The Case Study of Conor McGregor 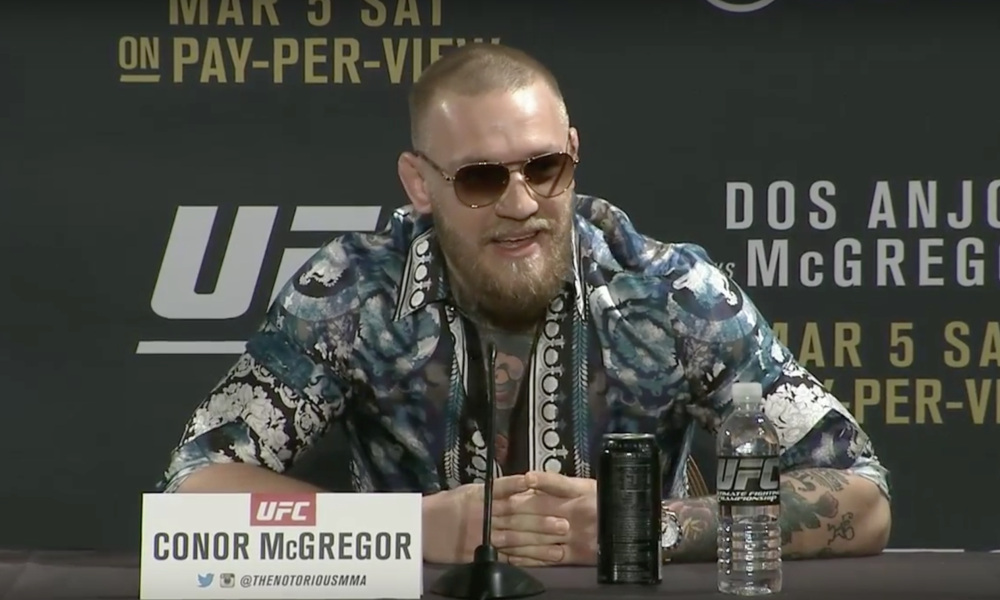 Current MMA champion Conor McGregor might be the most interesting figure in sports today.  Aside from being an undisputed world champion, McGregor’s bravado, charisma, and mental toughness have caught the attention of sports fans worldwide, and propelled him to a level of awe rarely seen in sports.  Simply put, McGregor fights have become the go-to spectacle in sports today.

Not since Muhammad Ali has a professional athlete been so brash, bold, confident, and cocky.  McGregor’s press conferences are full of over-the-top insults, rampant bragging, and countless other mind games and tricks all designed to win the fight before the fighters ever step foot in the ring.  McGregor appears to be fearless and without a worry in the world, and thus far, he has backed it all up with a near-perfect record in the ring — including a recent 7 second knock out of the previous champion Jose Aldo.

One question that fascinates both sport psychologists as well as sports fans has to do with intimidation, and the degree to which getting in an opponent’s head impacts the overall outcome of an event.  We have witnessed countless athletes over the years show their confidence, from Broadway Joe Namath predicting the Jets would beat the Colts in Super Bowl III, to Muhammad Ali regularly making fun of opponents while boasting about how quickly he would win the fight.  The difference, however, may have to do with the ways in which other athletes have made these claims with more of a tongue-in-cheek delivery, while McGregor differs dramatically in that his threats are more candid and direct.

Does this type of intimidation really work?  That’s difficult to say, as McGregor is an incredibly talented fighter who might still be the champ even if he never spoke a word.  Conversely, even the untrained eye has to admit there is something very different about McGregor’s confidence, something really never before seen in sports.

Confidence is vitally important as it applies to life success, and the more confident we are, the better we perform.  Part of the reason why confidence works is that it helps regulate our arousal, refine our focus, and instills a belief that we really can succeed.  Another, less noticed reason why confidence works is that it instills a fear in the opponent, prompting him to “fight not to lose” versus fighting to win.  And yes, this seemingly small difference in mindset can — and often does — become the difference between winning and losing in sports.

The funny thing about intimidation is that it has to be real in order to actually have a chance of working. Faking intimidation may work to a point, but eventually will lose its effect if the intimidation isn’t genuine.  With McGregor, you always get the feeling that he absolutely, 100% believes he will not only win every fight, but that he will humiliate his opponents during the process of winning.  Thus far, he’s been right.

Conor McGregor will fight Nate Diaz on March 5th, and will either further strengthen his image and persona as the world’s toughest fighter, or will go down and face his own insecurities, similar to what just happened to Ronda Rousey.  Until then, enjoy the show, as athletes like McGregor don’t come around very often.