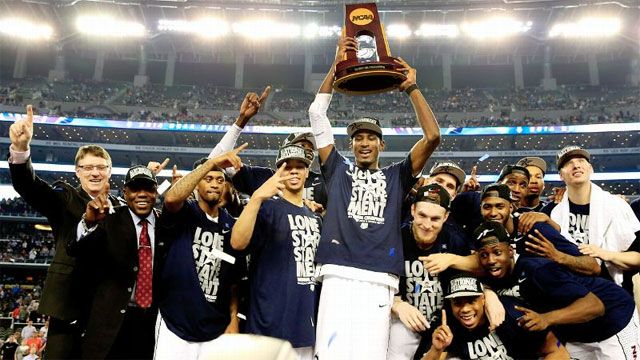 In what might be the most blatant abuse of the term “student athlete,” the UConn mens basketball team has been reported to have a mere 20% graduation rate — well below the national average of 77% for D1 mens basketball programs.  In simpler terms, this means that only 1 in 5 mens basketball players at UConn will graduate.

With only 20% of mens basketball players graduating at UConn, we can reasonably assume that any and all of the following are true:

Clearly, athletic success drives college revenue, not graduation rates.  The NCAA amateur model has become laughable to most people, especially when we witness countless measures to win games, but barely any efforts to graduate students (i.e. UConn mens hoops).  Still, even within the context of the modern NCAA paradigm “sports first, grades second,” the UConn graduation rates are embarrassing, and make a complete mockery of the supposed education emphasis within the label of “student athlete.”

If the NCAA and UConn turn a blind eye to this problem, or try and slap a band-aid on it, what’s next?  There isn’t much lower that you can go from 20%, prompting me to wonder if we are inching ever so closer to a modern-day “amateur” sports model that doesn’t have any connection whatsoever to graduation?  Lets face it, UConn’s marks are almost there right now.

The UConn story also prompts the question about the “free education in exchange for playing sports” model (and why student athletes should not be paid).  What leverage is there for colleges when schools like UConn barely graduate any of their student athletes, rendering the “free education” allure to be nothing more than window dressing and hardly of any real, practical value?