Watch What You Wish for Regarding Sports Officials & ‘Getting it Right’ 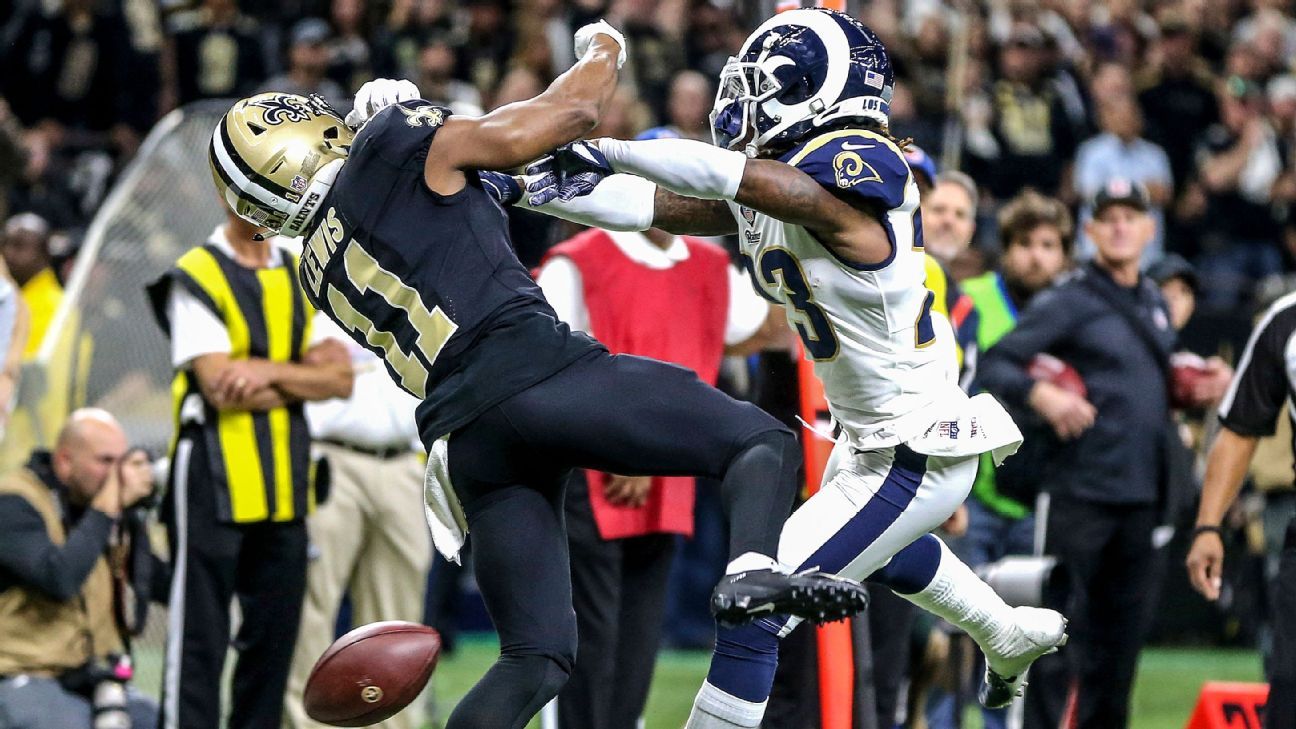 Since Sunday’s NFL Championship games we have heard about the blown pass interference call in the Saints-Rams game more than anything else — including how great both the AFC and NFC Championship games were to watch.  Fans and the media seem fixated on how terrible the referees were (in both games), and how the missed Saints call may be the worst oversight in the history of sports officiating.  While bad calls have always been scrutinized, the current missed pass interference call appears to be generating more attention and concern than any bad call in recent memory.  Will this be a watershed moment for sports officiating?  And more importantly, will we soon see dramatic changes with respect to sports officiating?

There is no argument that the referees missed a clear pass interference call in the NFC Championship game — that’s obvious to anyone who watched the play.  Since the error in official judgement, legions have fans have cried out that one bad call is what prevented the Saints from reaching the Super Bowl.  While you can’t blame some fans for thinking this way (especially Saints fans), the reality is there are many calls, on average, that officials miss each game.  In fact, you could probably call holding on just about every play in the NFL — similar to how you can probably call traveling in the NBA on every play.  Calls at the end of close games, however, are more dramatic and therefore more commonly pointed to as the reason for the loss, and consequently the need for better officiating measures.

Another fact that is tough for some to accept is that as long as human beings officiate games, there will always be errors in judgement.  Officials will always struggle to get in the right position, make fair calls, and not succumb to outside pressures (i.e. nasty crowds, makeup calls, etc.).  Think about baseball games and how nearly every pitch borders between being a ball or strike, or how fast bang-bang plays are when runners touch a base at the same time a tag is made.  The preciseness of these moments often goes beyond what the human eye is able to detect, leaving it up to the official and his/her best guess.  Are we at a point where we can no longer accept this fact?  In other words, are we “tipping” toward an increase in technology over human judgement — and is this a good thing?

Do you really want more technology in the future?

We now have instant replay in all the major sports, including football.  Instant replay reviews, while still not perfect, do a better job than the human eye with the advantage of zoomed in camera angles, as well as the opportunity to add slow motion and repeated viewings.  In baseball, it’s a lot easier to call a strike using strike zone maps, similar to how it’s easier to determine a legal catch versus a trap when using super-slow motion in football.  At the same time, replays take time, sometimes steal important momentum from a team, and irritate fans who believe replay takes away from the excitement of the game.

The old saying, “watch what you ask for you might just get it” looms around the corner when it comes to sports officiating and technology.  We already have technology that allows instant replays from seemingly every angle, making us wonder what will be next?  Are we on the verge of watching games without human officials?  You have to think we aren’t far from new technologies that might include uniforms with built-in touch sensors to help make fair calls, as well as other gizmos and gadgets that can all but certainly eliminate human error.  Is this what fans really want?

“Perfect” sports officiating may come at a cost in a couple ways.  First, if an increase in technology equates to more game stoppages, already long games will soon be even longer (and filled with more dead space).  Second, human officials often add to the overall sport experience — there is drama in the moment an official makes a call, and a spike in emotion (good and bad) when the crowd responds.

For as long as sports have been played, humans have officiated the games.  It’s also true that for as long as humans have officiated games, they have made bad calls.  As we continue to see efforts made by sport leagues to mitigate errors made by officials, we may want to take pause to think about what that might look like in the future?  Would the games really be better if all the calls were made by a computer, potentially without any human officials on the field?  That idea might seem abstract in this moment, but so did replay reviews and strike zone maps a generation ago.