The Sports Doc Chalk Talk
Subscribe
Home / Blog / We Want Kids to be “Drug-Free,” But What Does that Mean?

We Want Kids to be “Drug-Free,” But What Does that Mean? 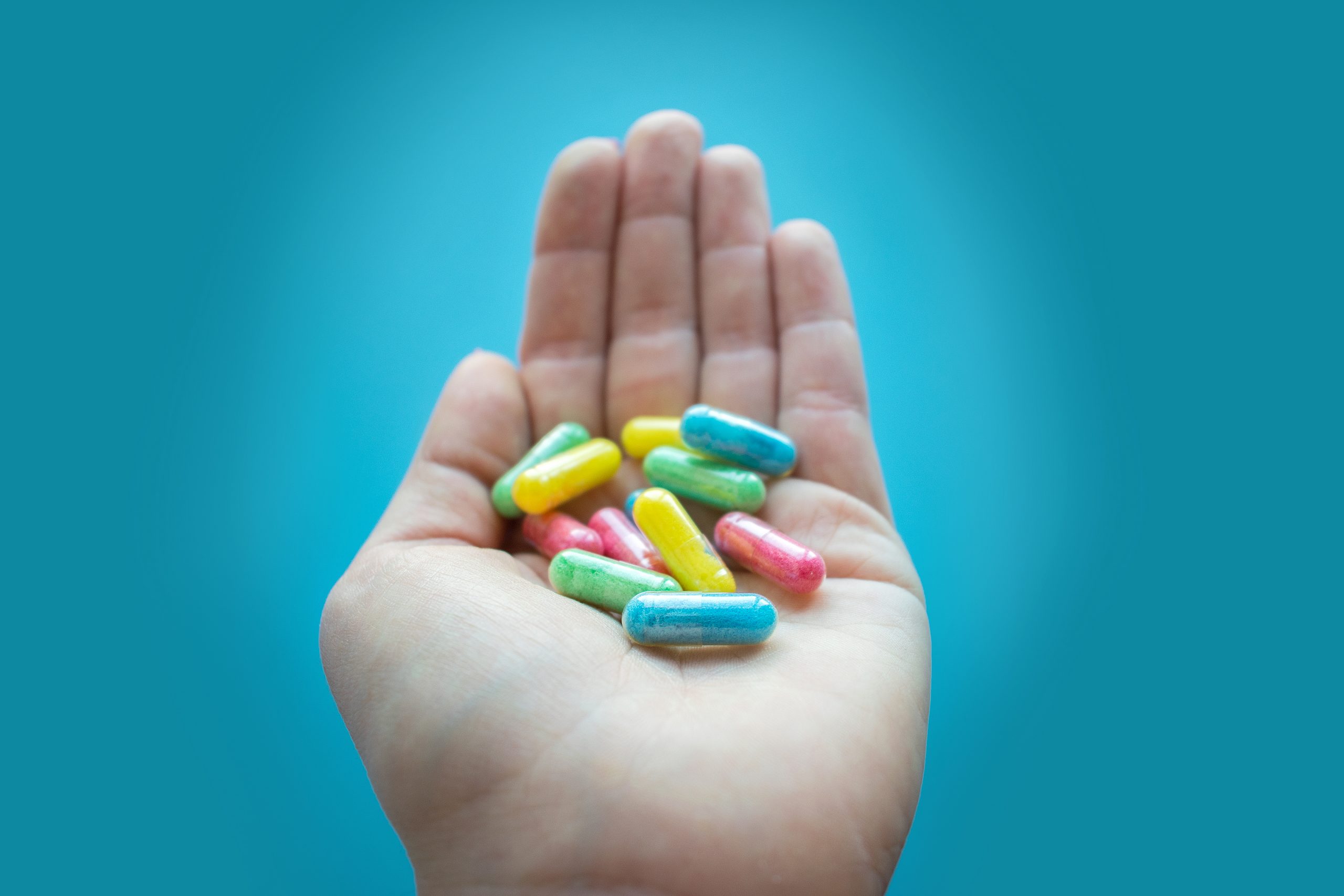 One message that nearly everyone agrees with is that we should help kids live a drug-free life, but are we really making efforts for kids to resolve issues without the aid of drugs?  In today’s world of mental health we have witnessed a major paradigm shift and now address every life challenge as a “psychological disorder,” and quickly follow up with a psychiatric drug remedy to fix the problem.  And yes, this approach not only happens with adults, but millions of kids each year, too.

So how do we keep kids “drug free” when all the messaging around them seems to promote the exact opposite?  Even kids with the best intentions are being lead to believe that pills from the doctor are the best answer for issues related to pain, anxiety, depression, and stress.  Furthermore, kids today have been primed through years of advertising of drugs to more readily accept prescription drugs, especially when their parents and/or doctor makes the recommendation to use various drugs.

So what drugs are good, and what drugs are bad?  Should we simply assume that anything a doctor writes is a good drug and that we can let our guard down?  But what about psychostimulants prescribed for ADHD?  They are prescription drugs that are highly sought after on the black market, similar to opioids (pain pills).  In this example, would the drugs be OK if given by a doctor, but not OK if a kid accepts a handful from a sibling or friend?

Similarly, marijuana had been assumed for years not to have any medicinal value, but today more than half the states in the country view marijuana as a viable remedy to consider for a host of physical and emotional issues.  Again, are adults who use marijuana recreationally wrong, while other adults who have marijuana prescribed for Post Traumatic Stress Disorder (PTSD) OK because they get their pot from a doctor?  And what about individuals who wish to wean themselves from opioid addiction by using marijuana as a substitute — is this a bad decision?  As you can see the drug discussion has changed a lot, and interpreting what is good, bad, right, and wrong is more complex than ever before.

Gateway drug?  How about “gateway disorder?”

Drugs like marijuana often get knocked as being a “gateway drug” to harder drugs, even though that assertion has yet to stand up through rigorous research completed to date.  Interestingly, we might be better served to examine gateway diagnoses when it comes to the escalation and more widespread uses of drugs.  For example, if you tell your doctor you can’t sit still, you will quickly be given a potentially dangerous prescription for Schedule II psychostimulants like Adderall or Ritalin.  Similarly, if you mention to your doctor that you are depressed, it’s almost certain you will be provided another potentially dangerous anti-depressant SSRI.  Using these examples, the psychiatric diagnosis was the entry point to “drugs,” and once a client begins a drug therapy it becomes much more likely he or she will use other prescription drugs, as well as become open to recreation drugs that might help the problem.

What are prescription drugs fixing anyway?

When a person is given a psychostimulant drug because he has difficulty focusing during a tough math class or paying attention at his job that is largely monotonous, are we drugging the person because of psychopathology, or the fact that it’s simply a difficult proposition asking a person to pay attention during boring life experiences?  Amazingly, these same people with psychopathological issues pertaining to focus never have any difficulty sitting through entertaining movies, sporting events, video games, or even other school subjects they like.  And still, we provide endless amounts of drugs to fix “problems” that aren’t at all rooted in mental illness, but instead are common struggles all human beings have when it comes to sitting still and focusing on things we don’t enjoy.

The crazy game of providing drugs for everyone goes on and on, often without close monitoring to those using prescription drugs, and rarely are specific, finite end target dates are identified (meaning you could be on a drug treatment indefinitely if you wish).  As one of only three countries in the world that allows direct to consumer drug advertising, we watch the commercials on TV, ask our doctors for the free samples, and then play Russian Roulette using the drugs without much monitoring or attempts to eventually wean from the drug.

But we want kids to be drug-free?

When they see all of this play out right before their very own eyes?

But we are diagnosing mental illness, right?

You would assume that the vast majority of people prescribed psychiatric prescription medications have very valid psychological disorders that warrant the prescription, right?  That’s actually an interesting and quite complex question and needs to be unpacked some in order to fully understand what has happened.

Amazingly, millions of people each day visit with their primary care doctor and simply self-report their issues around mood state fluctuations, anxiety problems, and issues with focus, and are immediately provided a prescription. More times than not, these patients simply ask for their “free trial run,” a prompt given to them by the drug commercials they see on tv.  In these examples, a formal diagnosis by a licensed mental health worker does not take place, but instead the physician makes a loose diagnosis and assumes that the patient would benefit from a drug rather than getting more rest, eating better, exercising, or even trying therapy.  No tests, no blood work, no EKG, and not even a formal psychological diagnosis….but you still walk away with a prescription for potentially dangerous drugs.

Ironically, the other issue actually pertains to the select few who really do get diagnosed by a mental health professional.  In these examples, specific criteria is used to ascertain whether the client hits enough boxes to qualify for a disorder.  This is certainly not a perfect system as it is subjective in nature, but it was a formidable approach until recent years when the Diagnostic & Statistical Manual (DSM-5) was updated.  With every update of the DSM over the years, more disorders have been added, and even the disorders that were in the book are often loosened so that many more people will “hit” for different disorders (at this point it becomes easy for conspiracy theorists to connect the dots — easier diagnosing leads to a boon for big pharma and all the drugs they peddle).

So back to the original question — how do we keep kids off drugs when all they see and know is a world around them that uses drugs all day, every day, and for every calamity under the sun?

Take 50 steps back and ask if this makes sense…

When all we see is an approach to healing that consists of using drugs, after awhile this becomes our reality.  We have now been bombarded by pharmaceutical drug advertisements in the United States for over 20 years, and told repeatedly through the commercials (mere exposure effect) that our personal problems have everything to do with such vague and immeasurable advertising messages like “chemical imbalances” and other things that are biological and beyond the scope of our control without drugs.  We have been made to feel as though we are helpless, unless we are fortunate enough to find the magic drug that will fix everything (interestingly, often when psychiatric drugs “work” it is because of exactly this reason – we desperately want good things to happen, so the placebo effect kicks in).

When it comes to our personal issues and struggles with attention, anxiety, and even depression, it’s the exception, not the rule, when a person’s life skills and choices are first examined rather than immediately jumping to the doomsday biological impairment reason.  Amazingly, in real life it’s hardly ever a DNA issue, but almost always an issue we do control and can actually improve upon by taking better care of ourselves through diet, exercise, and rest;  as well as learn ways to strengthen our life skills, stress appraisal/response, and emotional intelligence.  In fact, we actually improve the qualities of our lives when we steer clear of drugs, not use more of them!

When has a pill of any kind ever taught us how to better problem-solve?  For example, will an anti-depressant medication pay overdue bills, or speak on your behalf the next time you fight with your spouse?  And when we prescribe ADHD drugs to 8 year olds, does that force them to better appreciate classes they don’t particularly enjoy (while at the same time thwarting their creativity and spontaneity)?  In these examples, wouldn’t it be far more effective for the first individual to learn vocational training to get a better job and therefore be able to pay her bills?  And if she learned better communication and conflict resolution skills, she would probably have a better relationship with her husband, too.  The 10 year old would likely see better results being taught life skills, or channeled toward classes and activities that feed his interests rather than drugging him into staying awake for classes he simply doesn’t like.

We need to use critical thinking skills and sometimes just good ‘ole common sense when it comes to how we treat the problems and issues kids experience in life.  If it sounds odd to think of providing prescription psychotropic drugs to kids, that’s because it is.  If your child is experiencing emotional difficulties, seek out multiple professional opinions, ask a lot of questions, and work with your doctor to first try changes to diet, sleep schedule, and exercise routines.  It’s also important to learn the many ways to improve emotional intelligence, learn life skills, and utilize stress response skills when necessary.  Yes, life is difficult, but we are also a lot more resilient than you might think — this is an important message to be reminded of, especially as we witness pharmaceutical commercials around the clock telling us that we are essentially helpless without their drugs.