What Happens When a Coach Loses His Team? Exploring the David Blatt Firing 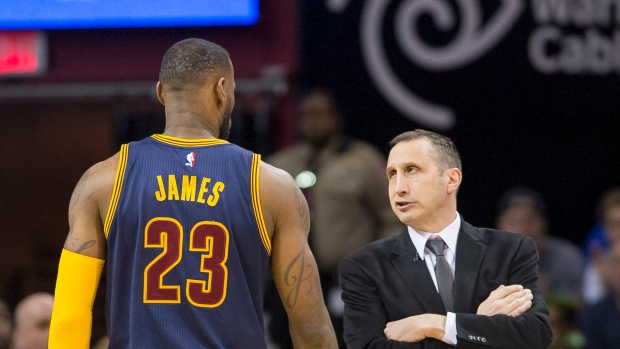 This week the Cleveland Cavaliers fired head coach David Blatt, prompting speculation (and accusations) that LeBron James was the force that prompted the move.  To the degree in which James caused the firing may never be known to the general public, but what is widely accepted is that James essentially ran the team when it came to on-court game plans and play execution.  In fact, it became a regular occurrence seeing James waving off Blatt, calling his own plays, and seemingly coaching the team.

Did Blatt lose his team as a result of giving James so much rope?

David Blatt is not the first — or only — coach given the task of managing a star player, as coaches at all levels are constantly at-risk for allowing their star to do one thing, while having different expectations for the rest of the team.  In the case of the Blatt-James relationship, it has been reported that Blatt rarely called out James in team film sessions, but did not apply that same standard to other players who he regularly held accountable.

Critics will argue that a player of James’ stature and ability should be able to do what he wants when it comes to how the team rules are applied to him.  The thinking is that James has more NBA experience (and championships) than Blatt, and should be given as much room as needed when it comes to how he prepares and plays in games.  While that might be true, the risk in allowing this paradigm to develop is that the coach almost always loses the rest of his team when they see that they are being held to one standard, while another player isn’t.  The result?  A team divided, even if it is still winning on the court.

Lower-level coaches face these same kinds of dynamics, albeit on a much smaller stage.  Interscholastic and youth-level coaches often have star players, and have to define their own coaching philosophies as they apply to the standards and consequences applied to team members. Should coaches provide more flexibility for the star, or should every player have to abide by the same rules?

In most cases, the more room a coach gives to the star, the more he risks losing other members of the team.  When players see that they are held to one standard while another player is not, trust, respect, and motivation often erode.  Is this what happened in Cleveland, and if so, did a deteriorating team culture ultimately lead to Blatt’s firing?

It’s a delicate balance for coaches when it comes to juggling personalities and allowing for player independence and autonomy.  Team success is directly tied to team chemistry, and teams that believe in one another often over-achieve, while talented teams who don’t buy into the coach usually under-achieve.  Getting it just right, therefore, is a primary focus for coaches — regardless of the level of sport that they coach.

Can a coach “right the ship?”

Once a coach shows favoritism toward a player, can he or she ever get the rest of the team back?  Situations will vary, of course, but in most cases it is extremely difficult for a coach to hit reset once the balance has been shifted toward the star at the expense of other team members.  It is for this reason that coaches think through their leadership style, team building methods, and the means in which they hold players accountable.