The Sports Doc Chalk Talk
Subscribe
Home / Blog / Where Should We Draw the Line with On-Field Sports Violence?

Where Should We Draw the Line with On-Field Sports Violence? 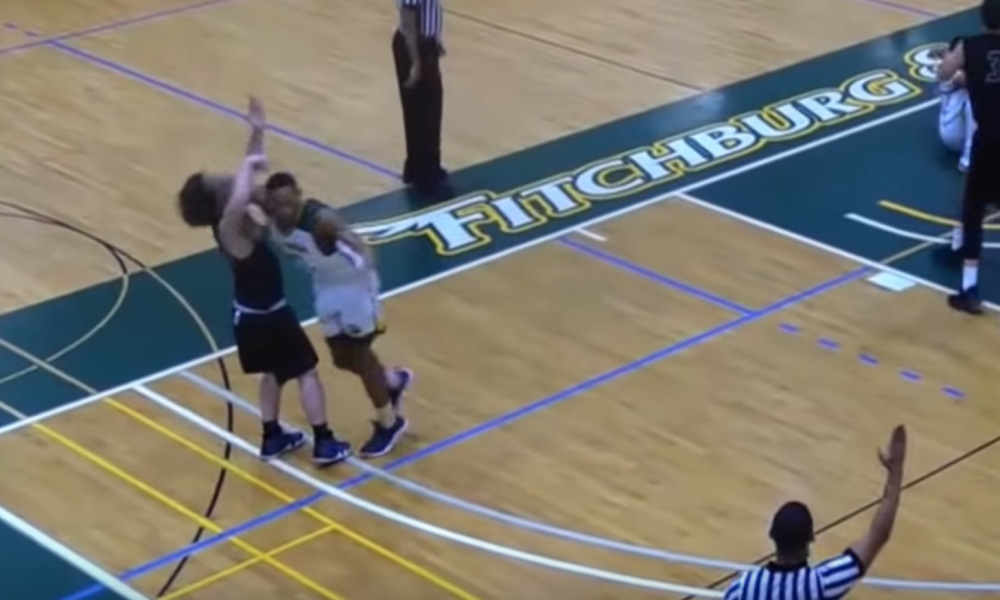 Last week Fitchburg State guard Kewan Platt was held responsible for his actions in a recent game where he delivered a forearm cheap shot to an opposing player Nate Tenaglia from Nichols College.  Platt is currently barred from campus, and thankfully there doesn’t appear to be any long-term injuries for Tenaglia to overcome, but this is easily one of the worst examples of sport aggression that we have seen in a long time.  Platt’s actions could have resulted in catastrophic consequences, ranging from serious injury to career-ending.  While it’s understandable that athletes can become emotional competing, do Platt’s actions warrant the stiffest that college basketball can offer?

Psychologists have identified two types of aggression that are important to consider when looking at Kewan Platt’s actions.  Instrumental aggression is a form of aggression commonly seen and accepted in sports — it’s the kind of physicality often needed to be successful.  Examples of instrumental aggression include blocking out defenders for a rebound in basketball, or making a tackle in football.  Hostile aggression, on the other hand, is the exact opposite — quite simply, it’s aggression designed to harm an opponent.  In the case of Platt’s clothesline to Tenaglia, it’s fairly obvious that his aggression had nothing to do with playing great defense and everything to do with causing direct harm.  Hostile aggression is never acceptable in sports, and it is precisely the kind of aggression that leads to injuries, and even death.

In the days since Platt’s expulsion from Fitchburg State he has expressed deep remorse and regret, but is that enough to offset the horrible cheap shot he leveled at Nate Tenaglia?  Should we hope that Platt sees this as a “teachable moment” and becomes reinstated, or are there some actions that are so heinous that a zero tolerance response apply?  If there is a zero-tolerance threshold for college sports, is there any way that Platt plays another game?  While it appears that Nate Tenaglia is OK and will play again, this very likely could have been career-ending — or worse.  While it’s understandable that sports are emotional and that players can do things out of character in the heat of the battle, there also needs to be a threshold of no turning back, otherwise every player who engages in hostile aggression will be provided an opportunity to simply apologize and show regret.  Should it be that easy and simple when we are talking about vicious assaults like the one in question?

I would like to think that Kewan Platt deeply regrets what he did to Nate Tenaglia, and his apologies in the aftermath do appear to be sincere.  Additionally, I’m a big believer in teachable moments and the idea of rehabilitation, but we must balance those thoughts against the optics of what just happened, the very real threats of what could have happened, and the precedent moving forward for when athletes in the future commit similar aggressive assaults.  Kewan Platt’s actions were horrific, so bad that it’s actually tough to watch the video.  I’m not sure what the “right” answer is, but for the folks who make these decisions my hope is that this particular action be viewed in the larger context of the issues I have mentioned here.