The Sports Doc Chalk Talk
Subscribe
Home / Blog / Why Does Your Kid Play Great in Practice, but Not in Games?

Why Does Your Kid Play Great in Practice, but Not in Games? 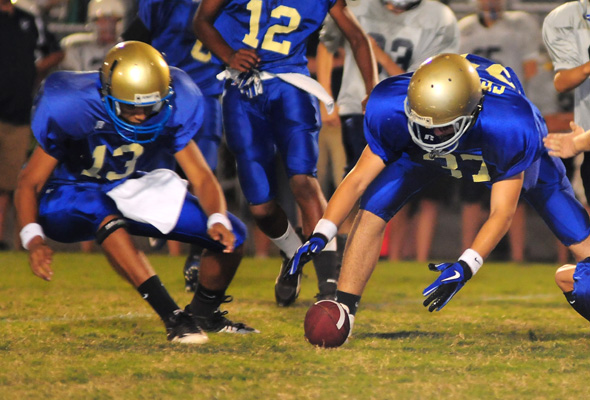 Why is it that so many kids play their sport really well in practice, but fall short of playing to the best of their ability in games?  Probably not a day goes by where I don’t get this question from a parent or coach, suggesting that most people involved with sports have seen this happen.  Why do some kids show mental toughness, focus, and confidence in practice, then show none of those qualities in games?

So what makes a real game situation any different from practice?  In most cases kids play on the same field with the same dimensions using the same ball and equipment – so why would anything change from practice to games  While there are many different factors that contribute to the inability to perform sport skills in real games, all of these factors eventually trace back to one, single, omnipresent variable in sport competition:  PRESSURE.

Parents often become very frustrated when they see their child excel in practice and then completely choke in games (side note – this reaction accounts for a lot of parental outbursts at games).  They are often bewildered at the change they witness in their kid’s athletic ability, sometimes becoming quite emphatic when telling me how they “cant believe it’s the same kid out there.”  When I mention to them that anxiety is the big difference maker, they usually agree with me, yet still downplay and minimize just how debilitating anxiety can be when it comes to athletic (and life) success.

Any time we practice something, be it sports, music, or public speaking, we usually do it in a low-pressure environment where there is not much, if anything, to lose.  Who cares if you drop a pass in practice, or stumble over your words while giving a practice speech in front of a mirror – no harm, no foul, right?  But what happens when we do something for real?  Now all of a sudden we may have something to gain (i.e. in sports possibly a win for our team), or something to lose (i.e. we might feel stupid in front of a group of people if we flub up a speech).  In either case, whether we have something to gain or lose (or both), this is precisely the time when pressure enters the picture and almost always changes the way we perceive and behave.  Sport psychologists know how debilitating sports anxiety can be, and so should you.

Take the following example – if you were to place a gymnastics balance beam in your living room and try to walk across it, odds are you would successfully walk from end-to-end (even if you did wobble some).  But what would happen if you elevated the balance beam 5 feet – would that change anything?  It’s the same balance beam, only now it’s 5 feet higher and presents a new risk of falling down and hurting yourself.  As you might imagine, far fewer people can successfully complete this challenge even though nothing in the task itself has changed.

The previous example is one that added a real danger to the equation (falling off a balance beam from 5 feet), but did you know that even in situations where there is no real physical danger athletes still routinely “choke” when doing the same things in games that they successfully do in practice?  Take a baseball example – thousands of young pitchers each year regularly throw strikes in practice, but once they get in a game seemingly forget about how to get the ball over the plate, and as a result pitch far below their ability.  In this situation the pitcher doesn’t fail because he is in fear of being physically hurt, but instead he has allowed irrational fear to cloud his thinking and negatively impact his performance.  Irrational fear is the type of fear that doesn’t hurt us physically, but instead operates on our ego and self-pride.  When athletes begin to wonder and worry about what others will think if they fail, it is irrational fear operating.

It is very common for kids to play with confidence in practice but struggle with anxiety in real games.  Athletes who are able to overcome their fears reach their full athletic ability, while athletes who succumb to pressure usually get tabbed as “athletes with great potential.”

The important thing to note is that playing in games the same as playing in practice can only occur through mental toughness development – in other words, it doesn’t usually just happen without dedicated effort.  So while it may seem to parents that it’s easy to just “play the same in games as you do in practice,” it is anything but this easy to do for many young athletes.  The answer is to invest efforts into helping young athletes develop mental toughness skills to help them overcome irrational fear, anxiety, and issues with confidence — not only will these skills help with sports, but they also help with life challenges as well.