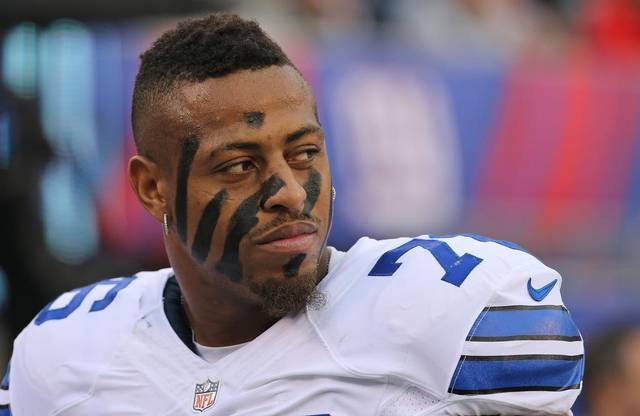 The fact that Greg Hardy is still playing football may say more about us than it does him and the horrendous actions he took against his ex-girlfriend.  Sadly, in today’s world if you are really good at something, there will always be people like Jerry Jones (and NFL commissioner Roger Goodell for that matter) who will justify giving a pass on morality (and law breaking) because of the lucrative, fiscal “upside” of keeping the person around.  Ego also plays into it, and Jerry Jones clearly believes Hardy gives him a better chance at a championship — regardless of the PR cost.

What we are seeing with Greg Hardy (allowing him to continue playing professional football even with these images now publicly available) is nothing new when it comes to talented individuals being given endless chances in life without consequence.  Make no mistake, if Greg Hardy were a reserve player, not only would he be cut from the Cowboys, but Jerry Jones would be working in tandem with NFL headquarters to develop a public service announcement on domestic violence using Greg Hardy as the poster boy.

The sports world is not the only place talented people get endless chances when they break laws or engage in immoral behavior, as we see the same thing in the entertainment world, too (i.e. Charlie Sheen, Robert Downey Jr., countless rock-n-roll legends, etc).  The message is clear: You can be a bad guy in society as long as you are really, really good at something that others can monetize.

When it finally ends

Ray Rice never found employment after his domestic violence issues, not because teams were morally impacted by his terrible behaviors, but instead because no NFL team found his on-field value to be a money-maker anymore.  If we look back through sports history we will find countless examples of “bad boy” players given chance after chance while they were still good, but immediately dismissed once their talents eroded.  For example, former NBA player Latrell Sprewell once choked his coach PJ Carlisimo, an offense you would assume would have banned him from the NBA for life — but instead he was back on the court again after completing a suspension.  In boxing, Mike Tyson chewed off part of Evander Holyfield’s ear and fought again, and in football Michael Vick engaged in horrific dog fights and still plays today.

There have been a few examples of principled sports owners over the years who have taken a stand to poor role models, but not many.   Similarly, there have been a select few fans who have boycotted games where “bad guy” players have been allowed to continue playing, but again, not many.  Sadly, if we simply look at the numbers most talented, rule-breaking players will always find jobs, and most fans who claim morality is paramount to everything will still continue watching.