Will E-Sports Make the 2020 Olympics? 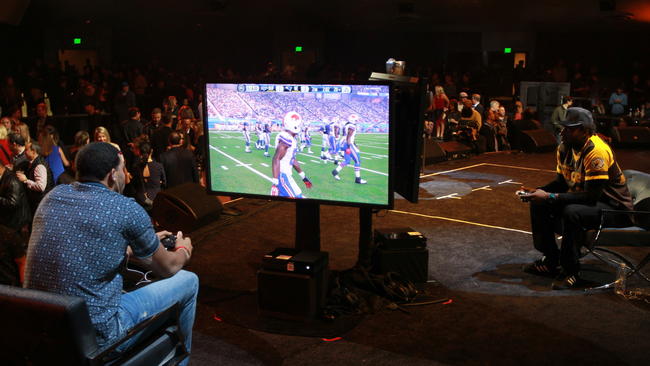 I have had a number of interesting conversations this summer pertaining to the rapid growth of e-sports, also known as “video game sports.” While some people view e-sports as nothing more than hyped up video gaming, others argue that e-sports are indeed “sports” in every sense of the word, and require many of the very same physical skill sets and mental toughness that traditional sports demand.  If an argument can be made to validate e-sports as traditional sports, could the 2020 Olympic Games be looming on the horizon?  Increasingly more e-athletes are hoping this dream becomes a reality, and many argue that their chosen “sport” is every bit as demanding as what traditional athletes experience.

If you are not familiar with e-sports but wish to learn more, there are countless documentaries available, many that showcase training routines and world championship competitions.  And it’s not just traditional sports like football and soccer that make up today’s e-sports, as Netflix currently offers a fascinating look into the stars of Magic the Gathering and the lengths competitors go to win the world championship.  More players are joining in all the time, and the crowds are getting bigger, too.

E-sports are unique in that they don’t discriminate against gender, race, religion, or sexual preference — and might offer the most level playing field in sports today.  Perhaps equal opportunity is the biggest reason for the remarkable recent growth in e-sport popularity over the last decade, or maybe it’s simply because we’re all “plugged in” these days, making gaming a relatively easy thing to do.

The line in the sand between what constitutes a sport versus a game is fuzzy, at best. There appears to be general consensus on the polar opposites of the spectrum, where most would agree that football and soccer are sports, and checkers and chess are games.  But what about activities like darts, billiards, car racing, golf, and now, e-sports?  Without having any kind of standardized definition, it’s really left to the individual to determine what he or she considers a “sport” these days.

One informal measure that students in my sport psychology courses have used to determine sport vs game is whether participants actually sweat while competing?  This raises a new question — does there need to be a physical element for an activity to be considered a sport?

Interestingly, while traditional sports include physical training and endurance, depending on how you define those constructs there may be an argument that increasingly more e-sport athletes work just as hard.  In fact, many e-athletes go through daily physical workouts to keep their endurance, focus, and alertness at peak state.  Some e-sport participants might argue that their workouts are no less rigorous than most golfers, and in some cases may even be more intense.  Do you think they make a solid argument?

Are the Olympics next?

You might think it’s a stretch to see e-sports as a future Olympic sport, but there are already a handful of sports that call in to question the definition of being a sport in the traditional sense (curling, shooting, and equestrian immediately come to mind).  An argument can be made that e-sports are competitive and rely on far more than luck, and therefore should get a fair look at some point in the future.