Will Timing Help Alex Rodriguez Get into Hall of Fame? 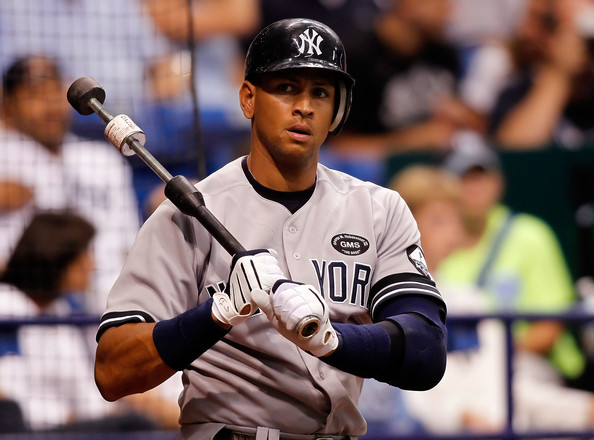 Now that Alex Rodriguez is about to retire this week, the discussion is already underway whether he belongs in the Major League Baseball Hall of Fame once he is eligible.  ARod’s baseball statistics make him a no-brainer 1st ballot inductee, but he has been caught not once, but twice for using illegal banned performance supplements.

Cheaters haven’t gotten in so far…

To date, the baseball media HOF voters have been very tough on the known cheaters from the steroid era (and others strongly suspected of cheating), with names like Bonds, Sosa, McGwire, and Clemens still on the outside looking in.  Alex Rodriguez will now join the cheater list of eligible HOF players, but has the time finally come where baseball writers give in and begin voting in some of these guys, possibly beginning with ARod?

To date, it has been virtually impossible to determine who cheated and who didn’t from the 1990’s through the early 2000’s (roughly known as the “steroid era”).  Some players have admitted to using (i.e. Andy Pettite and Jason Giambi), others have been caught (i.e. Rodriguez), others have been adamant about never using but later got caught (Rafael Palmiero), and yet others have been strongly accused of using but never actually been caught (i.e. Bonds and Clemens).  These are just some of the big names we question, but there are literally hundreds more players during those years that likely used as well, hence the name “steroid era.”  The big problem?  If this really was an era that most players used, should we take the “all bets are off” approach and go back to voting guys in based on numbers regardless of whether a player used steroids?

Has the time come to hit reset?

Timing is everything, and every year that passes even baseball purists feel less of a sting when it comes to steroid users from the past.  We are no longer shocked by allegations, and countless athletes from every sport under the sun have either been accused of using (many Olympians competing right now), or actually caught (i.e. Lance Armstrong).  ARod, therefore, could benefit from nothing more than the timing of his retirement and the era in which he will be eligible for the hall (further down the line where we will be more desensitized to cheating as our memories become even fuzzier).

Working against ARod, however, is his perceived arrogance and narcissism, traits that have put off many fans as well as voting media members.  Even though likeability should have nothing to do with being elected to the Hall of Fame, it seems as though it does according to some players, including Curt Schilling.

So, have we as a society become so numb to cheating that athletes like Alex Rodriguez will be given a pass?  Would you vote for Rodriguez to be elected to the MLB Hall of Fame?  The guess here is that soon we will see many of the previous steroid users be elected to the Hall, and it’s likely ARod will be one of them.