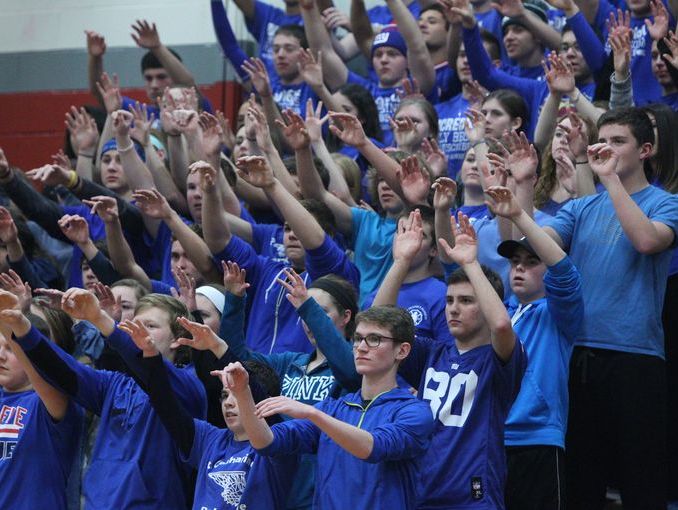 The Wisconsin Interscholastic Athletic Association (WIAA) recently banned students from engaging in specific chants at games including “air ball,” “you can’t do that,” and “scoreboard.” The ruling is an attempt to better control crowds, yet critics argue that fans who pay to attend games should be able to yell out just about whatever they want, within reason.

Opponents of this new rule also contend that restraining fan behavior in the stands mitigates the home-court advantage, and consequently an important, confidence boost to the home team.  The WIAA decision could lead to more states in the future taking similar actions to better control crowds, making the new rule one that should be of interest to anyone involved in interscholastic sports.

Crowd control efforts at sporting events are not a new, as professional and college sport officials regularly post “Do’s & Dont’s” when it comes to things like alcohol consumption, offensive signs, and various other things that might interfere with the game on the field (or other fans sitting in the stands).  Rules for interscholastic and youth sport crowd measures, however, are not always as clearly defined.  In fact, in many amateur sport venues crowds are left to police themselves, so to speak, with no formal rules posted.

The good news is that in the majority of cases sport crowds are supportive, non-aggressive, and conduct themselves with a high level of sportsmanship.  Unfortunately, there are some instances where fans go too far with their actions, sometimes offending athletes on the field, coaches, officials, or even other fans.  In fact, if you regularly attend interscholastic games, you have likely witnessed firsthand a time or two where you may have felt uncomfortable with the actions going on around you.

The impact of group dynamics

Psychologists understand that the behaviors people engage in alone often differ from how individuals act while a part of a group.  For example, an individual might not ever make a rude comment from the stands if sitting alone, but placed within a large group of people carrying on with a chant the diffusion of responsibility allows for behaviors that are essentially camouflaged within the group.  Interestingly, group dynamics are often at the heart of some of the worst displays of fan behavior, with the offensive actions being the result of anonymity within a group, as well as encouragement to carry on from others within the group.  When group dynamics are at play, the risk for embarrassing, humiliating, degrading chants increases, as does insensitivity toward people from different race, ethnicity, or sexual orientation.

What is unsportsmanlike behavior in the stands?

Defining unruly conduct in the stands is at the heart of the Wisconsin ruling, yet defining what these behaviors are still remains unclear.  While some remarks are obvious, others are less clear (like yelling out “miss” when an opponent takes a shot in basketball).  States will need to continue to outline what is and is not permissible at games, as well as agree to penalties for those who blatantly disrespect new policies and procedures.

It’s one thing to go to a game and have fun rooting on the home team, but it’s an entirely different experience when chants are made specifically designed to hurt people.  Sometimes we all need to be reminded of this, as it is important that we all “police ourselves” and cheer — not jeer — when it comes to being fans at interscholastic games.  In fact, take this a step further by reminding your kids of the importance of sportsmanship in the stands, too.